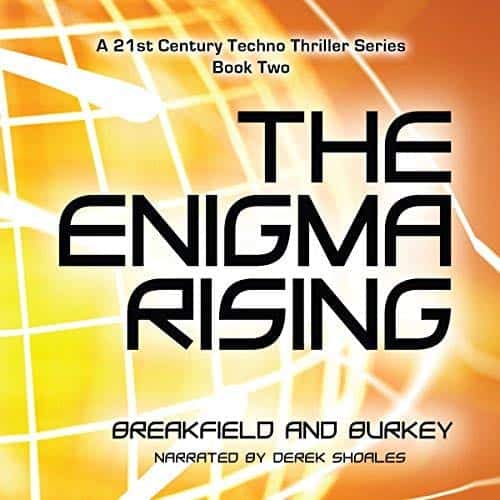 When a Brazilian industrialist hires the R-Group, the world’s most elite information-gathering unit to track the disappearance of his daughter – a dangerous – but quiet hunt begins. But just finding her doesn’t mean all will be well. The team in Switzerland follows the leads from South America to Mexico and the Caribbean, but the data trail is leading nowhere. Sometimes the most important clues come from unlikely sources.

By chance, two members of the elite team vacationing in Mexico cross paths with Carlos and Juan’s fly-by-night operation. Cloaking their “moving business” from satellite surveillance, their unique talent for relocating drug lords targeted by the Mexican authorities, along with their cash, gold, artwork and other assets, was legendary. These are Bad Boys, so-called entrepreneurs, whom even the most generous observer would question the legality of their business model.

Can the R-Group assemble the pieces of the puzzle without international consequences? Will the brothers stop running outside the law long enough to do the right thing? Can you hide from your past and still enjoy the present? Is the heiress hiding in plain sight or gone forever? And can the brothers rein in their contempt for societal rules and leave behind the sweet deals long enough to save a life?

The Enigma Rising continues the award-winning Breakfield and Burkey’s series, overcoming opportunistic cyber-crime in the high-stakes world of information brokering in the 21st century. With its strong cast of characters, this engaging techno-thriller of lost-and-found – and lost again – will take you on an incredible journey into the dark side of technology.

Breakfield is a renowned technology solutions architect with 25+ years of experience in security, hybrid data/telecom environments, and unified communications enjoys leveraging his professional skills in these contemporary TechnoThriller stories. His love of World War II history from multiple viewpoints, extensive world travel, and cultural exchanges are a part of his DNA. Charles’ love of wine tastings, cooking, and Harley riding has found ways into the nine books of The Enigma Series. Being the son of a military father allowed early exposure to various outposts, which has positively contributed to Charles contributions to many characters and the various character perspectives explored.
Burkey is a renowned customer experience professional, she is adept at initiating business solutions optimizing existing technology architecture to positively impact business outcomes. Her 25+ years in technology and business has allowed her to be a featured speaker on customer experience, subject matter expert, interviewer, instructor, and author of technology documents, as well as creator of the award winning stories within The Enigma Series. She recognized a few years ago, after several white papers and non-fictional technology books that writing fiction is a lot more fun, creative, and yet leverages relevant technology. As a child she helped to lead the other kids with exciting new adventures built on make believe characters which she brings to the stories in a grown up manner. Rox enjoys family, listening to people, any kind of travel, sewing, gourmet cooking, and imagining the possibilities.
Breakfield & Burkey – Combining their professional expertise, knowledge of the world from both business and personal travels, many characters whom have crossed their paths and are now a foundation for the 150+ characters which are a part of their series. They find it interesting to use aspects of today’s technology that people are actually incorporate into their daily lives. They will openly claim this experience and knowledge of people is a perfect way to create these adult good guy/bad guy stories. Relevant technology is combined with travel, romance, intrigue, mystery, and humor design for each book to be enjoyed alone or in sequence. Reviewers have positively compared Breakfield and Burkey to the works of Tom Clancy and Clive Custer which are some of their influencers.
The nine books currently in the series include The Enigma Factor, Rising, Ignite, Wraith, Stolen, Always, Gamers, Broker, and Dragon have received awards individually as a series, and audio books. They have also created some award winning short stories including one for The Enigma Chronicles focused on how one of the founding family was fractured due to the greed for information superiority.

Many of the characters in our series do return. This being the 2nd one, The Enigma Rising, we did not bring some of the characters from the other books into this list, yet they are still key. We do want to meet all these stars.

Q& A with Authors Breakfield & Burkey- Part One

What Emma Read Next

➜Sign up as a host here