Take a minute and visit the author’s website www.sherimeshal.com 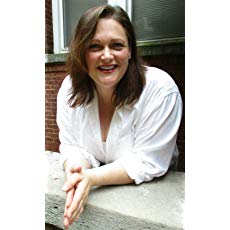 Sheri Meshal entertains herself writing weird books she’s still surprised other people enjoy. A former improv actor, she’s had more day jobs than pairs of shoes. Her previous books, Swallowtail and Chokecherry, were mostly written in limos between airport pickups. She has yet to try her hand at being a cowgirl or an astronaut. She loves neuroscience, dogs, mini-triathlons and camping abroad. Swallowtail made 2013’s Top Ten Reviewers Choice list for Beck Valley Books in the UK and won her a nomination for the Illinois Author’s Project. Born and raised in Iowa, she now lives in Chicago.

They Can Never Know is my third novel. Although, the idea began to take shape in 2008 when I was working on my first novel, Swallowtail. My fellow writers like to joke that I left poor Cleota sitting on a plane for a year while I wrote my second novel, Chokecherry. I’m lucky Cleota’s a patient woman.

How did you do research for your book? Sometimes I Googled and sometimes I took field trips.

Which was the hardest character to write? Cleota, herself, was difficult to write early on. To step into the shoes of a woman who’s been in an abusive marriage for so long was not an easy task. The easiest? Strangely, also Cleota, once she put it all on the line and made a break for it. She has a big heart, which led the way.

In your book you make a reference to marrying one’s self atop the Eiffel Tower. How did you come up with this idea? I did it in 2012 to put unhealthy relationships behind me and make a fresh start by choosing to love and trust myself first. I met my current boyfriend two years later, and this has been the best relationship of my life. So it worked!

What made you write a book about a terminally ill and destitute farm widow? I truly believe it’s never too late to become the person you’ve always wanted to be, and I have been fortunate enough to know some of the coolest, strongest and funniest older women you could ever hope to meet.

Where do you get inspiration for your stories? Writing novels is how I process pain and experiences that have made me feel conflicted. It’s how I sort things out, heal, transcend and move on.

There are many books out there about love. What makes yours different? Self-love is the hardest road of all. It takes a lot of courage at any age, but to tackle it at 79 when the chips are down and it looks like the end is near, I guess I wanted her to show me how it’s done.

What advice would you give budding writers? Write whatever is fun for you. Write to heal your own heart and make yourself giggle.

Your book is set in Iowa, London, Paris, and the English countryside. Have you ever been there? Yes, I grew up in Iowa and I love London and Paris. I always write about actual places I’ve been. It gives you so many layers to play with and explore. The hostel is a real hostel in London – Central Hostel, which is a fantastic place. I also use the floor plans of family members and friends for all the homes in my stories. Just recently it occurred to me that I should tell them.

In your book, you state she felt she halfway deserved to lose her oldest friend right after her husband died. Why is that? We’ve all taken friends for granted. It’s a good reminder for me that we shouldn’t.

If you could be a character in your book, who would you be? Tilly! She’s on a fantastic adventure of her own with Green Phoenix Farm, and she doesn’t give a damn what anyone thinks.

Do you have another profession besides writing? I’m a chauffeur by day and I used to be a hypnotherapist.

How long have you been writing? I wrote my first book when I was six for a cousin in college. Her car had been broken into and all of her textbooks stolen. The whole family kept talking about it. I felt bad for her, so I figured I would make her at least one book. I didn’t get serious about writing novels until twelve years ago.

Do you ever get writer’s block? No. My biggest writing problem is making time to write. It would be such a luxury to write full-time.

What is your next project? I have two really fun books started, but I keep thinking it might be time to write the sequel to Swallowtail. I’d like to know what they’re all up to now that they’ve brought Grace home and how she’s transforming their lives and healing their family. I’m also curious to know what it’s like for Claire, being able to travel between heaven and earth.

What genre do you write and why? I like contemporary fiction, because the characters feel so close. They could be your neighbors.

What is the last great book you’ve read? The Unlikely Pilgrimage of Harold Fry by Rachel Joyce

Do you snack while writing? No, I’m on another planet. I don’t think they even have food.

Do you write every day? No, but I’d like to become that disciplined.

What is your writing schedule? I’m a binge writer. I like to do a lot at once and get completely lost in it.

Is there a specific ritualistic thing you do during your writing time? Not really. I’m the most inconsistent person.

In today’s tech-savvy world, most writers use a computer or laptop. Have you ever written parts of your book on paper? Oh, definitely. You get something very different. Your skin is connected to your brain. Neurologically, it’s a very different process.

If you could go back in time, where would you go? The 40’s speaks to me.

If you were stuck on a deserted island, which 3 books would you want with you? The Unlikely Pilgrimage of Harold Fry, The Love Song of Miss Queenie Hennessy and The Girl Who Loved Tom Gordon.

What’s the funniest thing that ever happened to you? I kept falling asleep during a bank robbery, because I’d had to take Dramamine during the ride-alongs with police officers as part of my 911 dispatcher training.

The scariest? I was at the movies in the lobby and when my date went to the restroom some teenagers walked in with a sawed off shotgun and started shouting. This was in 1992, long before all the shootings started. It turned out they knew the kids working at the snack bar and it was just a prank. We didn’t have cell phones then. No one even called the police. It was a different time, but I still remember thinking, This is how I’m going to die.

The strangest? I begged my deceased father for a sign when I was sure I was marrying Mr. Wrong in Vegas. When we arrived at the chapel we were informed that the place had just been gutted by an electrical fire that started in the wall during the previous couple’s ceremony.

What’s the most courageous thing you’ve ever done? Stepped in when I saw a teenager being bullied in a park by a bunch of boys.

Any hobbies? I love camping abroad, mini-triathlons, road trips, hanging out with my nieces and nephews and playing Scrabble.

Name a quirky thing you like to do: Kiss the inside of my dog’s ears and pretend to bite her cheeks.

If there is one thing you want readers to remember about you, what would it be? I wrote what I needed to write and the fact that anyone else enjoyed my books, or even read them at all, was an excellent surprise. Also, that my writing is barely in the ballpark of where I’d like it to be. I think it may be at the hot dog stand, but I’d like to see it on the pitcher’s mound someday.