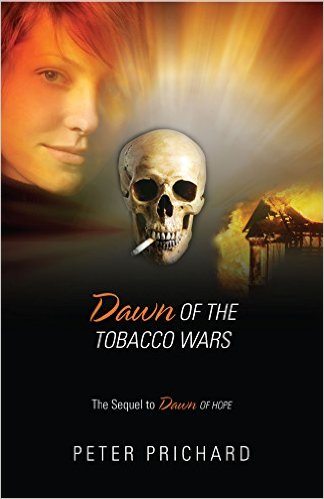 Virtual Book Tour featuring Dawn of the Tobacco Wars: The Sequel to Dawn of Hope. 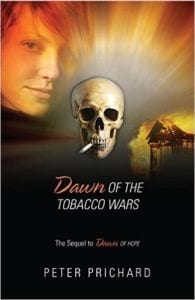 About the Book In the last two years, the teenager Dawn Mortenson has been kidnapped twice, with the intent to kill her, and has escaped intact from a building that her enemies had tried to blow up. She is now working for the Information is Power Consortium; one of its missions is to make the tobacco industry unprofitable.

The Global Tobacco Corporation targets Dawn and hires operatives whose job is to neutralize her, a former boyfriend tries to destroy her, and others make multiple attempts on her life, including the burning down of her home while she is sleeping. Reluctant at first, she finally consents to the protection of several bodyguards after two close friends are murdered, as the Consortium comes closer to its goal of limiting the success of the Global Tobacco Corporation. The Corporation, in turn, accelerates its campaign against her and the Consortium.  Click to purchase via Amazon

About the Author: PETER PRICHARD has spent the last thirty-eight years helping thousands of individuals, from high school students to adults of all ages, reach their goals. He has written dozens of articles and several book chapters on how to do that. He began his career by providing career guidance to college students, and he has been particularly interested in assisting young adults and those who want to drive positive change in their particular organizations, their community, and the world. As an acknowledgment of those efforts, he received the Youth Advocate Award from the town in New Jersey in which he lives. The teenage female heroine of this book is a composite of the hundreds of energetic and courageous young people and social activists he has met over the years.