Author of Miracle Man and The Austin Paradox

Let me tell you what Miracle Man, and its sequel, The Austin Paradox, are about and why I wrote these novels. 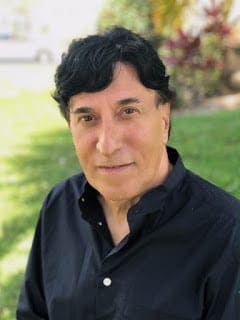 The protagonist in both books is Robert James Austin, the greatest genius in human history, who overcame an appalling childhood and has devoted his life to finding cures for diseases. Miracle Man and The Austin Paradox are medical/political/ psychological thrillers with fast-paced twisting plots in which Austin struggles against Big Pharma which views him as a threat to its business, a CIA Director who is hell-bent on controlling his genius, terrorists who lose control of a biological weapon, and a bevy of corrupt politicians and financial sleazebags. Austin also struggles mightily with personal demons that threaten his sanity.  Fortunately for Austin, two extraordinary women come into his life, one of whom eventually becomes his wife.  As critics and readers have indicated, Robert James Austin is a truly unique character and these novels recount his incredible saga.

I wrote Miracle Man and The Austin Paradox because I wanted to create, in Robert James Austin, a believable modern day ‘super hero’ who uses his talents selflessly and eschews celebrity.  Too many of today’s heroes are Marvel and DC Comics creations. Enough of that already!  I also thought that a character like Austin could be inspirational when contrasted with the meritless celebrities that dominate media today (e.g., the reality TV stars who are famous for being famous, but have no real talent).  I believe that the cult of the self-centered “non-entity celebrity” has undermined our social fabric and creates a very bad example, particularly for kids.

Miracle Man and The Austin Paradox allow me to explore, in an entertainment context, certain humanistic, social and political issues that impact all of us.  –So Miracle Man and The Austin Paradox delve into interesting subject matter. Be it the extraordinary ramifications of a single person’s death, or the fact that Big Pharma really doesn’t want to cure diseases, or our vulnerability to bio-terrorism and to corrupt forces that manipulate financial markets—-these books get into it.  But, of course, my first priority is to tell stories that entertain and motivate the reader to keep turning the pages.

I’ve been fortunate to receive emails from many readers who have told me how Miracle Man and The Austin Paradox not only entertained them, but are relevant to their lives and their own personal experiences.  For me–there’s nothing more rewarding than that.

ONE OF AMAZON’S TOP 100 NOVELS 0F 2015, a NEW YORK TIMES BEST SELLER, AN AMAZON TOP 10 BEST SELLING THRILLER, AND WINNER OF A NATIONAL “BEST THRILLER” AWARD, the enthusiasm for this novel has been overwhelming.

William R. Leibowitz has been lauded as a “mastermind storyteller with a unique literary voice” and has been favorably compared by readers and critics to Michael Crichton, Robin Cook, Stephen King, John Grisham and Ken Follett.

—The victim of an unspeakable crime, an infant rises to become a new type of superhero. Unlike any that have come before him, he is not a fanciful creation of animators, he is real. So begins the saga of ROBERT JAMES AUSTIN, the greatest genius in human history. But where did his extraordinary intelligence come from and why do so many want to destroy him? Aided by two exceptional women, one of whom will become his unlikely lover, Austin struggles against abandonment and betrayal. But the forces that oppose him are more powerful than even he can understand. Robert James Austin is REVERED by many and REVILED by some. But none can doubt that he is REMARKABLE.

“The story of Robert James Austin proves the talent of William R. Leibowitz. Rushing like a river in a torrential rain, Miracle Man stuns and entertains, swivels and twirls above and beyond that which we know. Absolutely brilliant in plot and characters, I could not put this novel down for even a second. This novel pulses and throbs with a story that proves both vulnerable and heart breaking. Brilliantly written, utterly entertaining and un-put-downable, Miracle Man is one of those novels that cannot be missed. STUNNING.” –The Review Broads

“Underpinned by a clever and sophisticated plot, high voltage action makes for a genre busting thriller in Miracle Man. A highly original and absorbing read, he brings a unique literary voice. Superbly written, and faultlessly executed, Miracle Man will raise much interest in Leibowitz and rightly single him out as an author to watch.” —Book Viral

“–And so a gripping novel of psychological tension becomes much more than your usual ‘medical thriller’, and is a pick for any who want high octane action and emotionally-charged reading right up to an unexpected, gripping conclusion.” –Midwest Book Review

“This is a magnificent story. Miracle Man is destined to be a best seller. I gave it one of my very rare A+ ratings. This is a dramatically superior novel.” —blogcritics.org

“The Only Book You Should Be Reading Right Now” — Leibowitz’ lead character, Robert James Austin, becomes so alive on the pages. The aching realness of him is what sets this book apart from other stories with superheroes or anti-heroes. This book is incredible.” —outnumbered3to1blog.

“Miracle Man is a heartbreaking, inspirational and beautifully written story. I was absolutely consumed by it the minute I started reading. Robert James Austin is one of the best characters I have ever read. This is an incredible book,” –Savannah Mae Blog

“Have you ever read a book that left you in a stunned silence? No? Then read Miracle Man. What book has that kind of power? None besides this one that I have just read. Miracle Man is absolutely amazing. This is a great story. Miracle Man will have you look at life in general in a whole new way.” –feedmeinbooksreviewblog

“The author has written a truly great novel. Miracle Man flows, it draws you in, and it finishes strong. It really pulls you in –you just start to feel it. Miracle Man is perfect.” —Sunshine and Mountains Book Review

The Austin Paradox continues the remarkable saga of Robert James Austin in a gripping emotionally-charged thriller that explores the most compelling issues of our time.

Having lost his extraordinary intellectual powers in a laboratory explosion that was intended to kill him, Dr. Robert James Austin, the greatest genius in history, whose medical cures saved countless millions, struggles to find meaning in a life that has become devoid of purpose.

As he embarks on a journey of self-discovery in an effort to regain his abilities, Austin battles private demons, otherworldly forces, and a government obsessed with controlling him. When ruthless political and business interests align to pose an existential threat to humanity, Austin is thrust into the maelstrom.

Doubted even by those who love him, Austin is confronted by a harrowing paradox as time runs out to save mankind from extinction.

The Austin Paradox is the sequel to the critically acclaimed, award winning novel, Miracle Man, which was named by Amazon as One of the Top 100 Novels of 2015, a Top 10 Best Selling Thriller and a Top 10 New York Times/Amazon Best Seller.