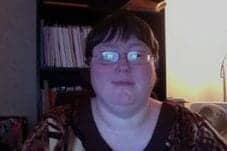 My name is Julia Matthews and I strive for my words to broaden people’s minds enough that their imagination soars into the written world of relaxation and entertainment. I believe perfections does not exist, therefore I desire my mistakes to be pointed out to me. It is the only way I can learn and grow among our beautiful world.

Happiness for me is spending time with my mom, dad, and my dog, Bandit. They are the strong hold to soul. Without them, I am nothing but a shell of pure blankness. My stories are fictional, but my life is interweaved among them.

Writing A Story is:
• Breathing life into a person hidden imagination.
• Letting a bit of yourself, known or unknow, come to life
• Expressing yourself in a way that only you can imagine
• Letting your creativity flow and grow in a way that others can see and hear what you see and hear inside your head
• Savor
• Motivator to keep fighting each minute
• A push forward in life 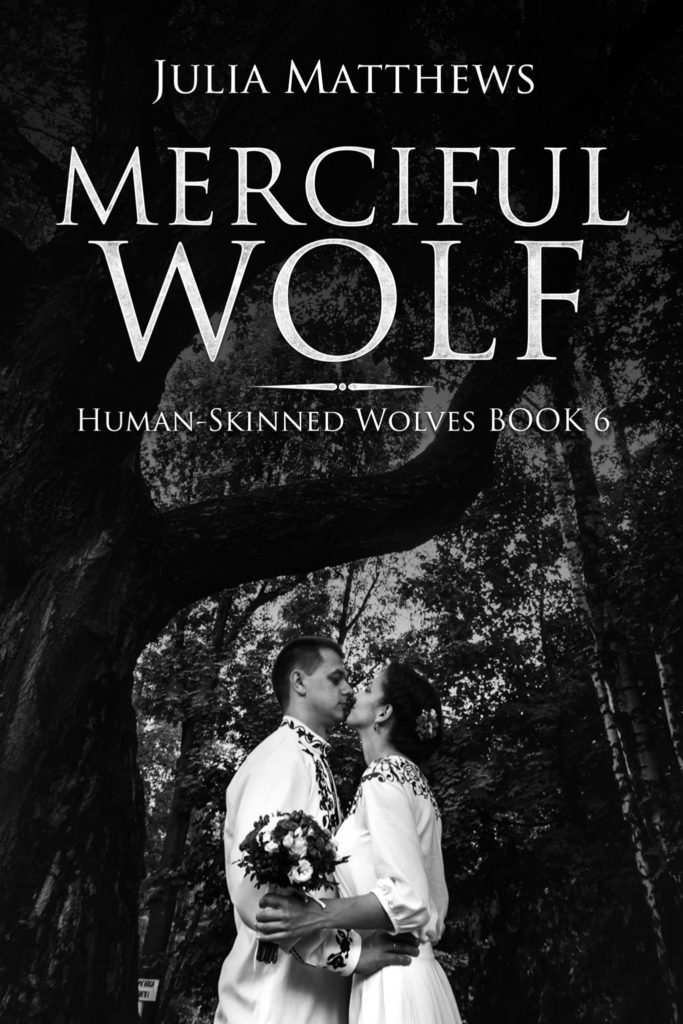 Merciful Wolf, Human-Skinned Wolves Book 6 is the next to last in the Human-Skinned Wolves Series. In this book, Ash Moonstruck, the Pure Wolf of the Moon Chance Area has to come to terms with doing what his heart and mind tells him is a misjustice to the one who harmed all the werewolves under him. It is not easy for him to wrap his mind around, but with the help of his mate he comes to terms with it.

she was the one who should be leading the werewolves among the Moon Chance Area. Not Karl Sonic. Karl was a despicable man who deserved death for all the crimes he committed against the werewolves Ash was supposed to be leading. That wasn’t possible until Ash’s Dream Bearer showed himself to him. Ash dreamed and prayed for it each night, but it never came. He waited for the one being that meant he could take Karl Sonic, an evil, vile man, from the world. That was what he lived for. That was what kept him calm when his natural born urge to run off and take the seat that belonged to him arose and ate at his insides. He told himself over and over that day would come. When was not known, but it could not come fast enough. As if that wasn’t enough for him to deal with from day to day, he had to constantly combat the advances of the woman his dad stashed away with him. The one his dad deemed to be his chosen mate. Ash had other plans and those did not include a woman he viewed as his sister.

His life wasn’t easy, but he bought time until the day of retribution came. And he knew it would come. When wasn’t clear, but the how was. Or so he thought.

How did you do research for your book? Research is thin on my part, because I create most of my worlds, but the little bit I do is done either at the library, or on my Sunday visits to Starbucks.

Which was the hardest character to write? The easiest? Hardest charceter to write had to be Ash, because I had to make sure he came across with the determination to do what he thought others would desire from him, yet at the same time I had to ensure that he listened to his mate’s wishes. The easiest to write had to be Aerial, because she has this carefree attitude, even though she’s been through trauma.

In your book you make a reference to….   how did you come up with this idea? In Merciful Wolf I make a reference to how the woman who had been abused and raped would not desire to see the men who harmed them dead. This part came about from my own personal trauma. It is way easier for someone to want revenge, or their life than to forgive and let the abuser live.

What made you write a book about…? All the rest of the books in this series have required a life to end the turmoil delivered upon the werewolf area. This werewolf area was founded by a more caring and honorable werewolf, who did not believe like his six other brothers, therefore it only seemed fitting that there be no more death to reconnect this broken link.

Where do you get inspiration for your stories? My inspiration comes from many different places. There is no one way to pin-point what sparks my imagination. All I can say is that I write what comes to life inside my mind, and hope that my readers are able to bring to life what I write, even if their ideas do not match what I had in mind.

There are many books out there about….What makes yours different? There are many serial paranormal romance books written, but mine are different for two reason. First, the two I have written are not stand alone series. One book builds on each other. Second, the series does not fall just into paranormal romance. The series I write, or the two I have written so far, have stretched into the LGTB Paranormal Romance genre as well.

What advice would you give budding writers? To let your imagination soar and write what is inside you. Do not let what is the norm dictate what you write. Write what fits you and others will find it interesting and worth their time to read.

Your book is set in (name place). Have you ever been there? Merciful Wolf included Ohio, Indiana, Illinois, Maryland, and Wisconsin. Out of those places I have only visited Ohio and I was a child when I made that trip.

In your book you state….why is that? In Merciful Wolf, Aerial, my main female character, states she wants no more bloodshed. This is a major point of the story and the reasoning behind her comment comes from my own personal life trauma. Like Aerial, I have suffered from abuse and I have never requested revenge against the person who harmed me. In fact, I requested he receive a lighter sentence for his crime.

If you could put yourself as a character in your book, who would you be? Aerial.

Do you have another profession besides writing? No. I am writer, who self-publish, so . . . I guess I do have other jobs, but they all relate to my writing.

How long have you been writing? I began writing in 2011, but did not publish anything until 2013.

Do you ever get writer’s block? What helps you overcome it? Writers block comes from time to time, but there is nothing like taking a breather and watching a favorite movie of mine to send it flying away from me.

What is your next project? NaNoWrMo is quickly approaching and I always free write during that month, and I have a new LGTB Paranormal Romance that I will begin working on. Been in the works for several years, so I’m looking forward to sinking my teeth into it.

What is the last great book you’ve read? Wow! I read about four books a week, so that is a tough one. But . . . The last one I read was Dark Sentinel, by Christine Feehan.

Do you snack while writing? Favorite snack? Don’t snack, but I have one day a week that I sit with a Cold Brew Coffee beside me.

Where do you write? I write where ever I am when an idea hits me. Most of the time that is at home, or at the Starbucks I visit every Sunday.

Do you write every day? I aim to write everyday, but lately, it’s been more like about twice to three times a week.

What is writing schedule? I do not have a set schedule to write, other than on Sunday mornings at the Starbucks.

Is there a specific ritualistic thing you do during your writing time? Most of the time the one solid when I’m writing is that I have music playing.

In today’s tech savvy world, most writers use a computer or laptop. Have you ever written parts of your book on paper? When I first started writing back in 2011, I wrote on paper then transferred it to the computer when I did revisions.

If you could go back in time, where would you go? As odd as this sounds, I think I would go back to when people lived off the earth. That feeling is the underlying reason behind the creation of the Human-Skinned Wolves, first werewolves in the series.

If you were stuck on a deserted island, which 3 books would you want with you? Tough one. I’m not sure if I could narrow it down to just three. I read so much, and have so many favorite authors across all the fiction genre that I know I could not chose just three.

What’s the most courageous thing you’ve ever done? Ask for lenience from the judge for the man who abused me as a child.

Any hobbies? or Name a quirky thing you like to do. Hobby I love the most is working jigsaw puzzles.

If there is one thing you want readers to remember about you, what would it be? That every book I write is done with the intention of giving someone the chance to let their mind soar into a world that gives lead to them living and breathing as the characters do.