Author Interview with Rik Stone Writer of The Way We Were

Author Interview with Rik Stone Writer of The Way We Were 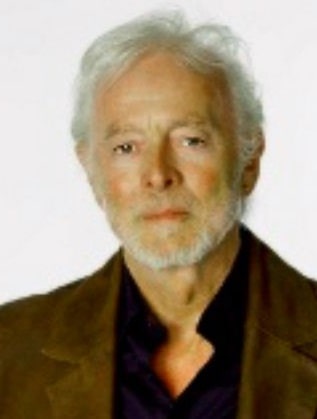 Do you believe certain types of writing translate better into audiobook format?  Yes, of course, there are books that just wouldn’t, couldn’t translate into something of interest; picture books, cook books, books of reference, and books with an endless flow of quotations wouldn’t grab the attention of many. I believe, in the main, fiction is a best-fit for audio. Having said that, there are non-fiction works, like a humorous travel guide or a trip to the stars, that could have a good market.

Was a possible audiobook recording something you were conscious of while writing?  No, never, at least not in the first instance. I think I was working on book III of my Birth of an Assassin series when an author friend of mine got in touch. He said he’d just read the first of the books and thought it would make a great audiobook. Initially, it appeared a step too far for me, but his words had grabbed my attention so I looked further into it. The possibility seemed very real, so I went for it. Since that first book was translated, I consider my works wouldn’t be complete without an audio version.

Were there any real life inspirations behind your writing?  There is always something in real life to prompt an idea. Fortunately, with my thrillers, because they’re quite dark, it is usually from a very small seed that the monstrous thoughts  grows. I have a new series, A Destiny to Die For, coming out in the early part of 2019. The setting is in Recife, Brazil and I spent a good part of my merchant seaman days there from eighteen years old onward. Because it had probably been the most exciting place I’d ever been to at that time, it made a lifelong impression which, in turn, has been of great inspiration. The title story in the book The Way We Were came from a dream I had. It haunted me so much over the days following that night, my wife insisted I write it down in order to exorcise it. The story is pretty much how my life has panned out and the nightmarish dream is an added extension I never want to go through.

How do you manage to avoid burn-out? What do you do to maintain your enthusiasm for writing?  Burn out isn’t ever on the cards, not from my writing anyway. My mind is always flaming with new ideas, so my enthusiasm for the game is forever on fire. However, an author carries the responsibility of marketing his or her books and with that comes pain; I’m not sure if I’m doing enough,  I’m pushing in the wrong direction, I should be trying this, I should be doing that, I have so many marketing ideas, but I haven’t got the time. Believe me, the list goes on and on. When I find myself in a blind alley, there are times when I think, that’s it, I’ve had enough. What I’m saying is that burn-out, or its equivalent, can hit you from a different angle to what you might expect.

Is there a particular part of this story that you feel is more resonating in the audiobook performance than in the book format?  I think so, yes. As I said earlier, the title story of The Way We Were actually created itself from a dream. The main part of the tale didn’t take much design on my part, I merely wrote down what had already been presented. No matter how moved I’d been, and I had been, they were the same words that had been tumbling around in my mind since the experience, so to a great extent I’d become desensitized to them. When I heard Bob’s rendition of the story, the emotion he put into it, his interpretation of what I’d written, well, it sent a fresh wave of Goosebumps over my skin.

What do you say to those who view listening to audiobooks as “cheating” or as inferior to “real reading”?  Of course, everyone is entitled to their opinion. If someone suggested that to me, I would keep my thoughts to myself, but probably think of them as being pretentious and more than a little bumptious. There are a multitude of legitimate reasons for listening to a story rather than reading it; driving, housework, walking, running, sunbathing, impaired eyesight, the intimacy of the spoken word striking a chord in the heart… the list goes on. I love reading, but it isn’t the be all and end all of everything, it isn’t treachery to invest our time in other mediums.

How did you celebrate after finishing this novel?  I never celebrate an ending. I hate endings in every avenue of life. Even the seemingly never-ending comedy series Friends upset me a lot. As If an association with a real friend had come to an end. It’s just the way I am. My answer with my writing is to immediately fill my time with the next project. Sounds boring, I know, but that’s the way I work. It doesn’t mean I don’t have a break. When I’m on holiday I step away from everything writing other than social media; if you don’t keep that going you’re soon forgotten. But even when a holiday does come round, I walk away from a project that is well underway, so that I am in the middle of something when I get back.

In your opinion, what are the pros and cons of writing a stand-alone novel vs. writing a series?  When readers pick up stand-alone novels, they know the story is going to complete between the covers of that book which can be perceived as a benefit. Some like that there are no cliffhangers, no having to wait months to see how a character develops and no disappointment should the story take a twist in a direction that they didn’t want to see. The only cons I can think of is that I don’t like endings, but I think I’ve already mentioned that. The pros of writing a series are virtually the opposite to the pros for a stand-alone; a reader is left wondering what happens next, they invest time in the development of a character, and they look forward to seeing what direction the story will take them. Personally, I’m a fan of the series and I think maybe that is an average view. A thriller fan who gives thought to the books they’ve read will bring Harry Hole, Jason Bourne, Jack Reacher, James Bond, and even Sherlock Holmes to mind. But we rarely think of stand-alone characters. There is so much entertainment out there that, no matter how much you enjoy a particular read, you are quick to forget the hero.

What bits of advice would you give to aspiring authors? The amount of published works out there is frightening, overwhelming, but there is a chance the cards will fall in your favor and you have immediate success. However, you have to be realistic and, unless you have contacts that can make that happen, it is very unlikely. I believe the days where manuscript submissions are buried in an agent’s slush pile are… well, you don’t have to use that route, but don’t take that as good news. The big companies like Amazon and Kobo are willing to publish anything and everything that is thrown at them, so your manuscript has merely been moved from one type of slush pile to another. In other words, being buried under all that paperwork, it is very difficult to be seen. But all is not lost. If you’re willing to take time out from your writing and learn as much as you can about how to market your work, such as marketing outlets, gathering email lists, honing the ability to write them; anyone can do that, you think, but no, if the content is wrong you lose your subscribers. Actually, I could write a thesis on this, so I’ll just say, if you can get a handle on marketing before you’re even ready to publish then you are streets ahead of those coming out of the same starting blocks. As an addendum, if your tradecraft isn’t up to scratch, then no matter how good your marketing you won’t stay on top, so make sure everything you write is as good as it can be.

What’s next for you?  I really enjoyed dipping my toes into the romance genre pool. It gave me a chance to show the softer side I hide behind the natural walls of defense built over time, but I’ve been back to writing thrillers since completing The Way We Were.  A new series, A Destiny to Die For, has pretty much taken up my writing time of late. The first book, not for the faint hearted, is scheduled for publication in February next year, but it is ready and in waiting right now, so who knows it might be that bit earlier. The story is in a modern-day setting beginning in the favelas of Brazil. My main character is a woman revealing her story in the First Person, so when the time comes to produce an audiobook I will be looking out for a female narrator who can maintain a Latin lilt to her English.

About The Way We Were Audiobook

Synopsis: It seemed more than a little odd that he might meet someone exactly like his ex and on the first night he’d been out since being dumped for bad behavior. If he could get to show her his other side, things might be a little different this time around. But was that likely after what he said in the first two minutes of meeting her?

Jon loved Sally unconditionally, and them keeping him from her was tearing him apart. But they seemed to have complete control over him. How could he possibly turn things around?

Three sisters arrive in a new country. The last thing they expected was to end up on the wrong side of an interrogation table, but does it turn out to be what they’d always hoped for?

Widowed several years earlier, Annie’s mom cajoled her into starting again, but the world seemed so different now, and there were those who were out to separate her from her money. She wanted to crawl back to the comfort of her self-imposed life of a hermit but that wouldn’t be fair on those worse off than her. The detective she hires to get to the bottom of the problem is really quite a dish, but she had to remember, he was only working for her.

Melanie has a schoolgirl crush on Joe Romano, and when he asks her out, she is more than excited. But he lets her down, and she cries all the way home, swearing never to speak to him again. Six years later, their working lives cross paths. Joe has always carried a torch for Melanie and does everything he can to make up for his boyhood stupidity. Is it too late?

Buy on Audible, Kindle and Paperback

Audiobook Sample of The Way We Were