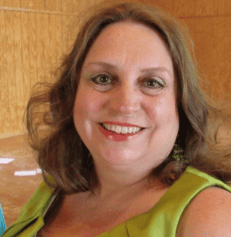 Tell us a little bit about yourself: : Making her home in Ridgeland since 1999, Janet Taylor-Perry, a native of Laurel, a graduate of University of Southern Mississippi with a BS in psychology, Belhaven University with a Master of Arts in Teaching, and gifted certification from Mississippi College, is an author, editor, and educator. She currently teaches life skills in a variety of areas with Goodwill Industries of Mississippi. Janet’s short pieces have appeared in Letters from the Soul, 2002; Brick Streets Press: 2010 Winners’ Circle; Mississippi Profiles, 2015; The Magnolia Quarterly, 2012-2015, and she has placed as a semifinalist or higher at the Pirate’s Alley Faulkner Wisdom Competition, 2012-2015, with Broken finishing in the top twenty novels. She is a member of Kappa Delta Epsilon, Red Dog Writers, Mississippi Writers Guild, Gulf Coast Writers Association, and TheNextBigWriter.com. She can be contacted at her website, http://www.janettaylorperry.com/, Facebook, http://goo.gl/z3FFxx, on Amazon, http://www/amazon.com/author/janettaylorperry, on Twitter @ https://twitter.com/mom5kidz421, at her blog http://janettaylor-perry.blogspot.com/, on Pinterest at https://www.pinterest.com/mumzy25/, by email at janettaylorperry@gmail.com, and via LinkedIn at https://www.linkedin.com/pub/janet-perry/39/48a/244.

As an educator, Janet is actively involved in promoting literacy and has participated in The Magic of Books in both the Jackson Metro area and on the Gulf Coast, as well as being a featured speaker at several surrounding libraries. Inspiration comes through life experiences. She is the proud mother of five, an avid reader of multiple genres, and loves anything historical from antique cars to old cemeteries.

When did you first realize you wanted to be a writer?: I’ve been writing since my teen years, but I finished my first novel in 2000 while going through a very hard divorce. It was cathartic.
How long does it take you to write a book?: It depends, but usually about 6-9 months.

Do you have a favorite book or work that you’ve written? If so, why? : My favorite piece I’ve written is probably my poem, “Ode to a Dragon,” simply because I love dragons.
What is your work schedule like when you’re writing?: I have a full-time job as well as being an author. When I’ve finished all the paperwork required I work, I have the liberty to write there, and I carry a spiral notebook everywhere I go. If I have to wait, I write. Then, I write at night, even waking in the middle of the night and having to put thoughts on paper.
What would you say is your interesting writing quirk?: I still am old-school and literally, hand writes everything before I type it.
How do books get published?: After so much differing opinion, I decided to use CreateSpace.
What do you like to do when you’re not writing?: Is there such a time? Of course, I read, and I love just to hang out with my family and friends, and maybe watch our favorite TV programs.
When did you write your first book and how old were you?: I finished my first novel in 2000. I was born in 1960. You do the math.

Where do you get your information or ideas for your books?: The ideas come from life experience, even if it’s one simple phrase someone said to me. I research anything of historical significance, and I talk to people with expertise in areas I know nothing about.

What does your family think of your writing?: They’ve come to accept my time on the computer as just who I am. My daughter has read everything I’ve written in its roughest draft and serves as my first editor and can be one harsh critic. The four boys offer a lot of moral encouragement.

What was one of the most surprising things you learned in creating your books?: No matter how well you plan, sometimes the characters take over and write their own story. The characters become real people. I bawled when I killed off a few.

How many books have you written? Which is your favorite?: I currently have 23 complete manuscripts. Do I have to choose a favorite? I guess I would have to be the first one I ever wrote–The Legend of Dracons: King Satin’s Realm. (That is SATIN, not Satan. I can spell.) It will most likely becoming out next spring.

Do you have any suggestions to help me become a better writer? If so, what are they?: Writer your story. Don’t overthink it. Get the whole thing completed before you begin edits and rewrites. Join a critique group, but stay true to yourself.

Do you hear from your readers much? What kinds of things do they say?: Some do email me, and they usually want to to know what’s next. That’s why at the end of Whatever It Takes, I’m letting the readers vote on what’s next–So far my dragons are winning.

Do you like to create books for kids or adults? and Why?: My books are young adult at the youngest since they often deal with topics I consider too mature for younger kids.

As a child, what did you want to do when you grew up?: I had planned to be a lawyer.

About your book: I currently have four books out–a romantic-suspense series, The Raiford Chronicles. I’m going to talk about the last one here, although its three predecessors have received nothing but 4 & 5 star reviews, and the one immediately before finished in the top 20 novels at the Faulkner Wisdom Competition.

Detective Raiford Reynolds has always done whatever it takes to crack a case, but when the case involves hurting his family, and he is not the one even investigating, he changes his tune quickly. Suddenly, whatever it takes includes putting the life and well-being of his family and friends in danger, especially his headstrong youngest child, Cherie. Ray must come to terms with the fact that he is growing older and many things are changing. He must learn that whatever it takes means letting go and not being the one in control of a situation. Whatever It Takes makes a detour from tracking a crazed killer as in its three predecessors. This time the residence of Eau Boueuse, Louisiana, deal with an organization of neo-Nazis who will do whatever it takes to advance their warped agenda. Ray suspects that the Feds have an agent undercover within the group, but he has no clue how close his own family is tied to the operation. Whatever It Takes is filled with intrigue heightened by forbidden romance. And once again, the underlying theme of faith in the worst circumstances encompasses the characters.

What is one take-away from your book that you hope readers identify with? : Hold to your faith and stay true to yourself. No circumstance is too bleak if you do those two things.