Author Interview with Michael F. Stewart Writer of Ray Vs the Meaning of Life

The Writer of Ray Vs the Meaning of Life

Tell us about the process of turning your book into an audiobook. It was incredibly easy. Seriously. But not because it is easy to do … I posted my request for auditions on Audible, received dozens of fantastic samples, and selected Kevin Clay whom I felt had the best fit and experience. He took it from there.

Do you believe certain types of writing translate better into audiobook format? I’m not sure I’ve had enough experience with audiobooks to know. Prior to starting this project, I would have thought a high percentage of dialogue would be key, but now I disagree with that entirely. I think it comes down to the narrator. I remember listening to radio stories while living at a farm and snowed-in (this makes it sound like I’m a hundred years old!), anyways, these were ghost stories and had all the sound effects to go with them, and I was scared out of my mind as we crept along the creaky floors with the terrifying narrator.

Was a possible audiobook recording something you were conscious of while writing? No, and I do wonder if it would make sense to write an audiobook version specifically. Narrators can be very clever in differentiating and giving emotions to the characters. This means that dialogue tags are for the most part redundant. I might also be more aware of the characters’ sense of hearing and use different means of communicating that.

How did you select your narrator? I listened to SO many samples. It was really hard to narrow down the options. I have a big whiteboard at home and the first thing I did was write down each narrator’s name in either green, yellow or red. I erased the reds and then listened to them all again and made another round of cuts. I then looked at what other work they had done and was able to cut a few due to a lack of experience, or after listening to other samples of their work. After that I was able to get more specific, thinking of the age of the voice versus the age of my characters. Some amazing voices just simply sounded too old. The next biggest question was how they voiced female characters. Could they differentiate their voice in general? Did the women all sound screechy? In all of this Kevin Clay’s sample really stood out, but he also had one more gold star which was that he added a layer of convincing emotion to the narration. It was like he was interpreting the book and had really diligently considered how to say each line before saying it. 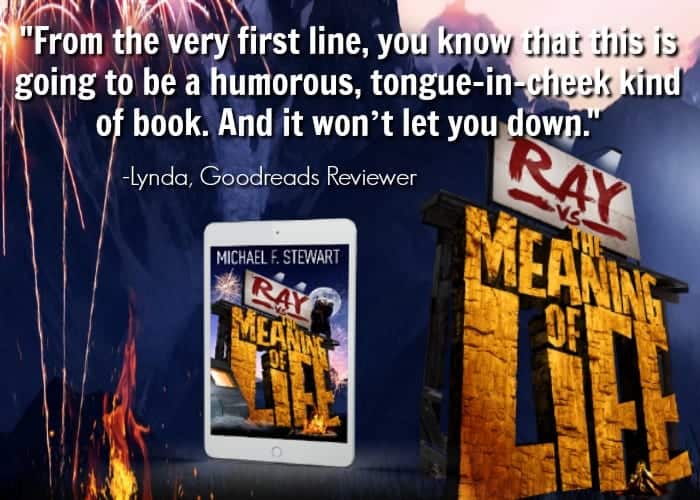 How closely did you work with your narrator before and during the recording process? Did you give them any pronunciation tips or special insight into the characters? Sure, there were some names that needed to be clarified, but in general, I was quite hands off. One of the best parts of this was hearing how someone else would ‘read’ my book. That’s just as valid as how I ‘read’ it and often times added more to the writing than it detracted.

Were there any real-life inspirations behind your writing? Yes, Robin Sharma is a motivational speaker and author, and Dalen Anders is very loosely based on my sense of his personality. I suppose Dalen is an amalgam of many many coaches, speakers, gurus. The setting itself is based on a work camp I visited in central Alberta. And my kids inspired the subject matter.

How do you manage to avoid burn-out? What do you do to maintain your enthusiasm for writing? Burn-out for me is a lack of inputs. As long as I’m reading and researching and ‘filling’ my head with new information than I typically can keep writing. Sometimes I get blocked because I don’t have all the elements necessary for a good story. I might have the premise, but the character isn’t fully formed, or vice versa. All comes back to research even if that research means asking an imaginary person interview questions like these!

What do you say to those who view listening to audiobooks as “cheating” or as inferior to “real reading”? I would disagree! For me personally, I use audiobooks when I can’t read. Driving, cooking, cleaning, working outside … they are highly complementary.

How did you celebrate after finishing this novel? Define finish. Let me know when I finish, please. 😉 But I guess … I hit publish!

In your opinion, what are the pros and cons of writing a stand-alone novel vs. writing a series? A stand-alone novel tells the full arc of the story. In each book of a good series, there is a story arc, but the arc of the series is told over the full series. This generally means that a stand-alone novel has the better chance of resonating with a reader in a single sitting. What I mean is, if the character’s goal is to save their world, then that takes place in a single book in a standalone. For a series, each book is a step toward saving their world. You can’t save the world in every book or that would become episodic and boring. That said, readers love series though because they can stay in a world, where they know the characters, and the stakes have more time to build.

Book The Count of Monte Cristo

Are any of those things referenced in appearance in your work? Not this time, but yes, I bring in pop culture references all the time and they tend to be things I like or hate.

What bits of advice would you give to aspiring authors? Read. Fill your brain. Write not what you know necessarily but what you want to know. Consider it an apprenticeship that takes years. Write, read, write, repeat. Write …

What’s next for you? I’m currently working on some TV shows, an interactive app, and a new young adult contemporary novel. Stay tuned …

Ray Vs the Meaning of Life

A book for anyone who secretly loves motivational posters of sunrises and mountaintops.

Grandma’s last will and testament names Ray to inherit the trailer park. It’s a million-dollar estate with one hitch: to prove he’s not as aimless as he seems, Ray must discover the meaning of life by the end of the month. (She left the answer in an envelope.) If he fails, the camp goes to his estranged family.

How does anyone find the meaning of life while running a park full of misfit miners, would-be truck racers, and one demanding little girl? There’s a bear too. A grizzly. Maybe that’ll help?

“A tale spins its answer to an age-old question into an inclusive, hilarious, and thought-provoking yarn.”–Kirkus Reviews (starred review)