Today we get it sit down and sip some coffee while we are chatting with Fantasy / Sci-Fi Author Leslie Soul from Sacramento, CA. Leslie has an M.A. in English and is currently working on the final book in the AMAZING fantasy series, The Fallenwood Chronicles.

Let’s start by taking a look at The Fallenwood Chronicles.

Follow the journey of Ash Kensington as she meets up with a sorcerer, Will Everett, Greymalkin, his talking cat, Prince Edward of the kingdom of Evendown, and Terces, the court jester.

Will Ash be able to find the potion to turn Greymalkin back into a man? Who, exactly, is Malegaunt and what does he want with Fallenwood? Come along for the journey, and find out! 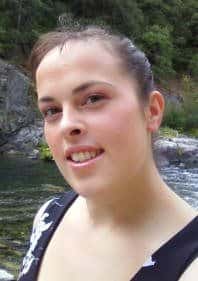 My name is Leslie Soule (pronounced “soul” like that part of you that is innate). I am an author who loves to try new genres and Sacramento, California is my hometown. I have an M.A. in English from National University and am a founding member of the English Chapter of the Sac State Almuni Association.

My own personal brand of writing can best be described as anti-Empire, pro-rebellion, encouraging the power of art and nourishment of the soul, with strong themes of independence, morality/ethics, and an honest view of the world’s darkness and emotional turmoil.

Target audience: Those who see the societal forces at work and recognize that we are being told to be subservient consumers, chained to desks and debt. My audience are those who disagree with becoming part of the herd.

My goal: To write something with a personal impact – something that will help and transform you, and that’s what sets my writing apart from the other equally if not more-talented writers out there.

The benefits of reading my work is that (hopefully) it will encourage you to be more independent, self-reliant & confident in the ability of individuals to take down this world’s terrifying dragons.

Why do I write? To preserve the spirit of the things and people I have seen, and to show that with an indomitable spirit, all things are possible.

If my writing had its own brand, its character would be: Spiritual, ethical, nature-loving without being preachy, with strong characters who are driven by a sense of purpose

The Fallenwood Series (a fantasy quadrilogy published by Melange Books).

“The Feast of Yule” in Holiday Hopes anthologyMelange Books Winter 2013.

“Birds of a Feather: The Search for the Universal Solvent” – Gypsy Shadow Publishing

“The Worlds Divide – A Prequel to Fallenwood” – Gypsy Shadow Publishing

The following nonfiction works of mine are available through The Preservation Foundation (short stories): Oddintruder, Grandmother’s Roses, Glen’s Bakery & Restaurant, To Oregon – By Blood, Saturday with Frederick Ransom Gray

My poetry has appeared in: The Armchair Aesthete, The Write Launch

My flash fiction has appeared in: The Sacramento News & Review, Antimatter Magazine, & Ruminate