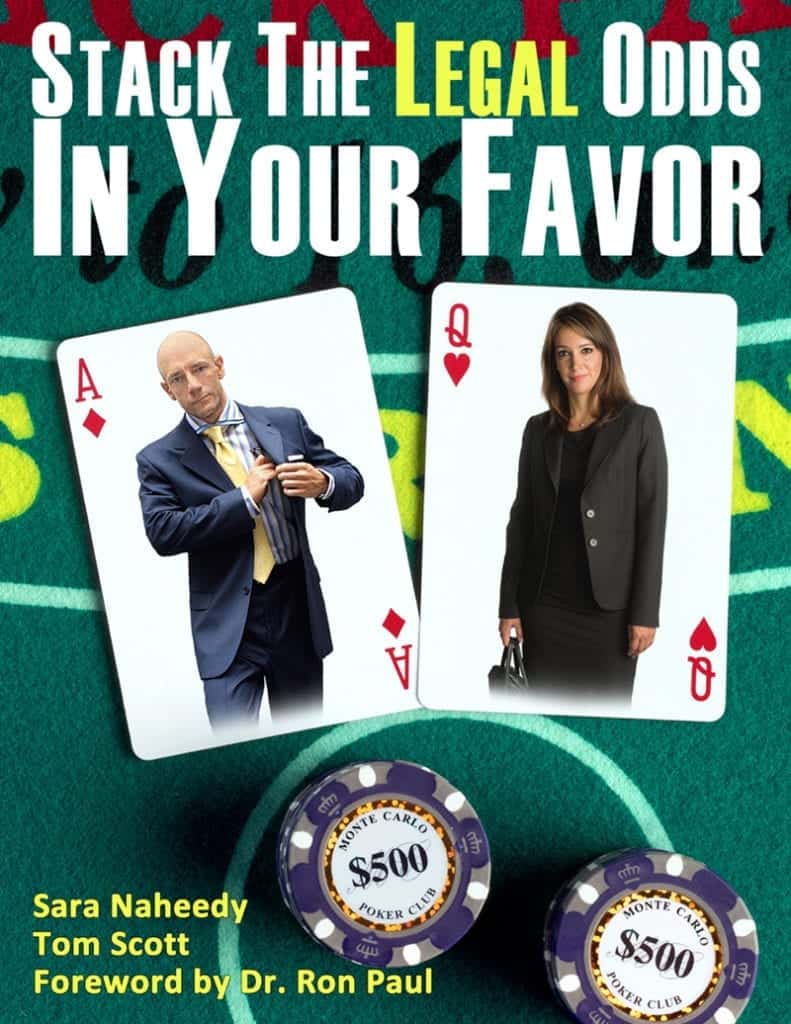 Quote from your Book | Favorite Quote Who will govern the governors? There is only one force in the nation that can be depended upon to keep the government pure and the governors honest, and that is the people themselves. They alone, if well informed, are capable of preventing the corruption of power, and of restoring the nation to its rightful course if it should go astray. They alone are the safest depository of the ultimate powers of government. – Thomas Jefferson

I wanted to be a pro athlete.

We began our mammoth project sometime in 2014 and launched our book in March, 2016. I was 41 years old at the start of this project.

How did you begin writing? Did you intend to become an author, or do you have a specific reason or reasons for writing each book?

I actually like to distinguish the difference between writers and authors: writers write for a living; authors do not necessarily. The reason we wrote our book is to fix the top problem plaguing the USA—our wildly corrupt legal system. Nobody else has stepped up to the plate to fix the problem or to help people protect themselves from the legal system in the meantime until the problem can be resolved.

We tend to jam as much information as possible into the fewest number of pages .

Do you like to create books for adults, youth and/or children? and Why?

Just adults. Both top problems affecting the country stem from adults being at the helm.

One. The second, which is not yet launched, will be the last.

How long does it take you to write a book?

A book such as Stack the Legal Odds in Your Favor required well in excess of 2,500 hours, probably closer to 3,000 hours.

Could you describe the mundane details of writing: How many hours a day to you devote to writing? Do you write a draft on paper or at a keyboard (typewriter or computer)?

We did/do everything from an online outline and used shared file space (Drive) to compose and contain the entire book. We are not in the “production” phase now, but when we were, it was 8-14 hours per day. What is a typewriter?? 😉

I think we surprised them—even momsie said it didn’t seem like I wrote this book.

What was one of the most surprising things you learned in creating/writing your books?

For a book of this caliber anyway, it took 3-5 times the amount of work we initially projected.

What authors do you like to read? What book or books have had a strong influence on you or your writing?

Ironically, I actually hate to read and write. My coauthor, however, likes biographical and other nonfiction. The strongest influence for writing is to fix problems. That’s a byproduct of being a recovering engineer.

So far, what little feedback we’ve gotten has been overwhelmingly positive. A few readers have mentioned they have never thought of the information we have put forth.

We get information from multiple sources: news outlets, governmental agencies, research entities. A good analyst will never base conclusions on a single data point. Having many reputable sources yields optimal results.

Write everything in the first brain dump for the particular chapter/section on which you are working (write). Then put it on simmer for a while and come back to it after several days/weeks (revisit). After some down time, you may see things that you missed on first glance, so now you make changes that improve your work (revise). Again, put your work on the back burner and come back to it again. Do this AT LEAST 3-5 times (repeat). Finally, after many iterations, publish your work (release).

Do you meet your readers at book signings, conventions, or similar events?

Yes, but for our work, we also give presentations to audiences due to the nature of our content.

Tell us about your most resent book?

Well, our most recent book is our only book. It should be read by all everyday Americans aged eighteen and older. It is meant primarily as a protective guide against our wildly corrupt legal system. Its secondary purpose would be as a remedial guide for a current legal quagmire.

How do books get published?

We publish with Smart Play Publishing.

Do you write every single day?

What’s the worst job you’ve had?

Working as a teen at a place that hosted weddings, parties, etc.

Tell us some more about your book/s.

It is written so that both a novice to the system or a well seasoned veteran, such as an attorney, can learn. This was one of its two main challenges. The other was jamming as much information into as few pages as possible.

Any last thoughts for our readers? Will you be prepared, not if, but when the legal system strikes?