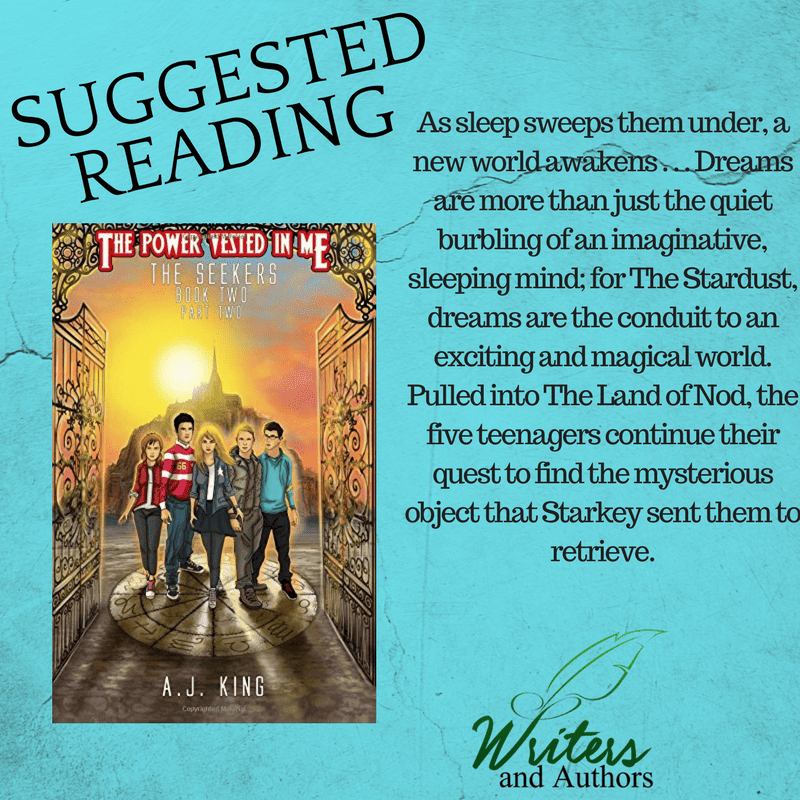 The Power Vested in Me Book 2 Part 2 The Seekers:

As sleep sweeps them under, a whole new world awakens . . . 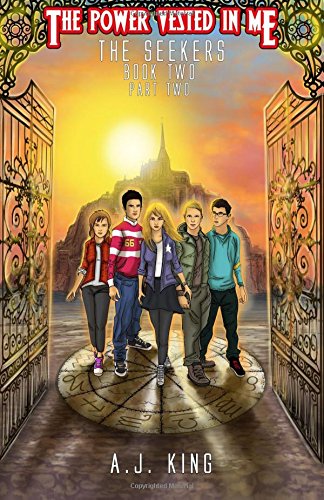 Dreams are more than just the quiet burbling of an imaginative, sleeping mind; for The Stardust, dreams are the conduit to an exciting and magical world. Pulled into The Land of Nod, the five teenagers continue their quest to find the mysterious object that Starkey has sent them to retrieve.

Their journey once again leads them to new places filled with interesting beings—some quirky and a little mad, while others harbour potentially dangerous secrets—and their guide, the Scholar, leaves them to find answers to their own questions.

But their waking world is no less mysterious. There are questions to be answered about the healer woman, Madame Labbett, and they’re beginning to wonder if there is a darker side to the charismatic politician vying for power.

Join The Stardust in Part two of The Seekers, as this time they travel from Virgo to Aquarius, unraveling mysteries, dodging danger, and seeking to uncover hidden truths in the real world as well as the world of dreams.

AJ King was born and raised in Swansea and studied at The University in Portsmouth where she attained a degree in Counter Fraud and Criminal Justice. She has two children, who are both currently studying at university. Her working life has included being a Counter Fraud Strategist and her current role is as a Risk Manager, but it is writing which is something that captivated A J from a young age. She has now completed her third book in The Power Vested in Me series, which is aimed at young teens and is a story filled with mystery, charm, and adventure. As well as these books, AJ has produced a book of poetry which links in with the series and all are available on Amazon. In her spare time, AJ likes to relax by reading and practicing Tai Chi. She is a 1st Dan in the martial art of Choi Kwang Do and for exercise, she runs and has completed several 5K’s, 10K’s and a half marathon. In the future, AJ would like to achieve her heart’s desires, but as she doesn’t want to jinx it she keeps them very close to her chest.