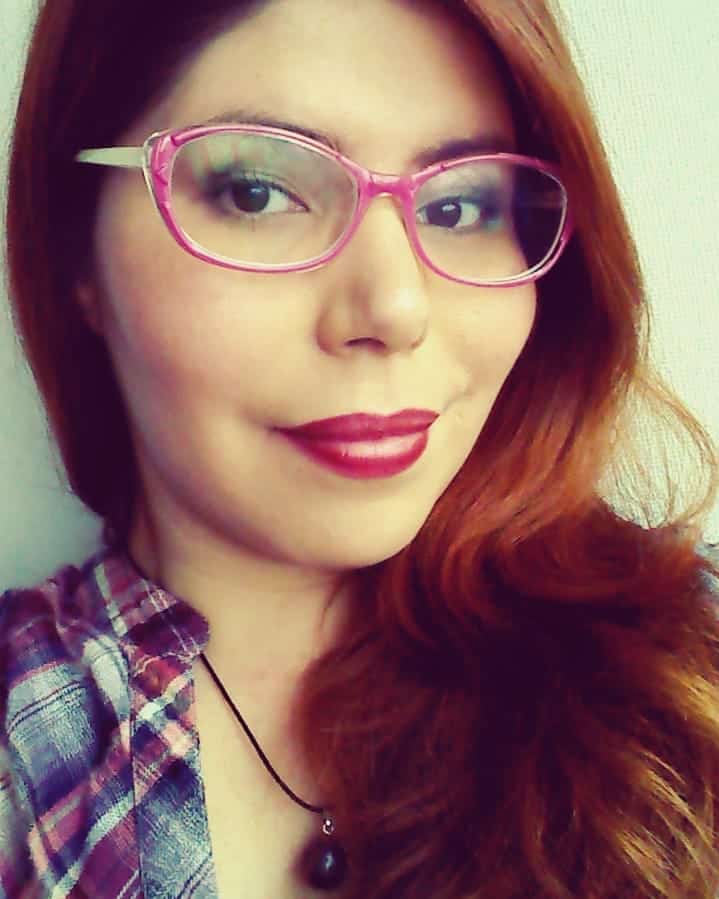 Do you snack while writing? Favorite snack? Absolutely! First of all, I LOVE food 😀 I usually try to eat something before I eat, not something huge ‘cause that makes me sleepy, but just enough to be satisfied. I like to snack different things, it really depends on the day, but sometimes I like fudge brownies and a coffee, no sugar, or a sandwich. If I’m super hungry, I’ll pretty much eat anything as long as it’s tasty and just lets me get on with my work. A glass of water is always a must, though.

Where do you write? Funny you ask, I actually get super inspired while commuting to or from work. I started writing my first book sitting on the floor of the subway I used to take to work every morning. It was almost an hour long trip before taking the bus after that, so I just opened my trust notebook, a Steve Jobs notebook I bought at this cool store called “Morph”. I remember telling myself he started out small and made it big, so why couldn’t I? That said, I also like writing on the bus if I’m sitting down, but if I’m not commuting then a café. I have a few special favorites here and there like Wonderland Café, which is in the Lastarria neighborhood here in Santiago, and the Makalu Café that was right across the gym I used to “go to” (rarely went!). Even though I have these special spots, sometimes inspiration takes over and I can be writing pretty much while walking.

Do you write every day? I wouldn’t say LITERALLY every single day, but 99% of the time. I’m always thinking about my book, well, saga or series, because the story is so long and I’m both discovering and creating new parts of this fantasy world that it’s almost impossible to just put that away somehow or somewhere. Either I take notes in my trusty little notebook I carry everywhere or I’m writing a new chapter or editing and re-editing like crazy. It’s a lot of work but absolutely worth it once you realize you just finished telling a story you know will touch people’s hearts and make their minds dream.

What is the writing schedule? I don’t really have one, but I prefer to write in the morning because my eyes are usually very tired at night and I’m usually worn out from school and my private lessons. During the weekend, I try to write early, after breakfast, but if I’m not inspired or nothing’s happening I just switch to another activity. In my opinion, you need to get whatever you wanna do out of your system so that later you can write. Sometimes I dedicate an entire week to music or being a bit of a slob and watching some of my favorite series and/or anime, but after that my mind’s just racing and ultra inspired.

Is there a specific ritualistic thing you do during your writing time? I try to disconnect myself sometimes and just put my phone on plane mode, put music or sounds that can inspire me (sometimes it’s soundtracks or nature sounds, opera or MUSE, that band really inspires me). I also try to have everything I might need close by, like water, pens of all colors, paper, my little notebooks with info and notes, a charged Chromebook, snacks nearby, for example. But sometimes I have the TV on while I’m writing and be chatting away or surfing the web and it actually works. It depends on the day.

In today’s tech-savvy world, most writers use a computer or laptop. Have you ever written parts of your book on paper? Oh, yes. I’ve written on paper, napkins, doc apps, notebooks, agendas, pretty much anything I can get my hands on if I need to write something down, but I tend to prefer writing on paper, in my trusty little notebook or in my Steve Jobs one.

If you’re a mom writer, how do you balance your time? I am not and am not planning to be. I barely have time for my own things.

Now for some Fun Author Q&A

If you could go back in time, where would you go? I would like to go to the first day the Earth was habitable. I can’t imagine how clear those skies looked during the day and the night, or how pure the air was, what animals roamed about. I know that there are theories and all that about the start, but I would really like to know what it was all like.

Favorite travel spot? I love traveling to both Puerto Varas and Frutillar in the south of Chile. They’re these small cities surrounded by nature, a big lake, volcanoes, it’s truly very magical and every time I go I write like crazy. I just feel very much at home there, but I’d like to save up and visit Scotland, Ireland, Switzerland, to name a few places.

Favorite dessert? I love a good cheesecake and I would love to say that tiramisu is also my favorite, but I’ve only tried two in my life that actually tasted amazing, so I’ll stick to cheesecake or ice-cream.

What’s the funniest thing that ever happened to you? The scariest? The strangest? Oh, my goodness, the funniest? So many funny things happen to me all the time! But I guess one specific event can be singled out. I was commuting on the subway and I was squished against the sliding doors. I had to sneeze and there was no way that I could move around and my head was almost against the window. Alas, I couldn’t hold it in and I ended up slamming my forehead hard against the window. It was so funny that I laughed hysterically, but no one laughed with me, so yeah.

The scariest was when a funnel cloud went over me during a swimming lesson. The day was horrible, tornado weather all the way (this was when I lived in Illinois) and my mother insisted on taking me to my lesson. She didn’t listen to me. When we were reaching the end of the lesson, my teacher asked me to swim to the deepest part of the pool and come back. As I did this, I heard a strange whooshing sound and my teacher started to panic and scream “Oh my God!” as she looked behind me and my mother just looked up at the sky in confusion. I felt the water moving about and against me, no one helped me and I swam as fast as I could to get out of the pool. We ran into my teacher’s house and when I turned around I saw a dark cloud move away from the cloud and crushing the cornfields that were nearby.

The strangest experience has been when I’ve felt someone touching me but there’s no one there. One time something squeezed my bottom and there was no one there. That same day, completely alone, someone pulled down on my backpack. I could only assume it was either a spirit or just someone I can’t see with my human eyes, so it was interesting, but it’s not the first time something I can’t see ‘plays’ with me or tries to catch my attention. Luckily, it doesn’t terrify me as much as when I was a little girl.

What’s the most courageous thing you’ve ever done? I humbly believe that I’ve done many courageous things in my life. Sometimes I’m impulsive and I tend to follow my instinct and whatever draws me in, which has actually sometimes resulted quite well for me (like when I decided to move to Buenos Aires out of the blue), and I also cannot stand injustice or abuse, so whenever I see this kind of behavior, online or in person, I jump in and do whatever I can to defend someone. But among these many adventures and experiences, I think self-publishing is one of the bravest things I’ve done. It’s one thing to move to another country and start from zero, I’ve done it all my life, but to create something that took years, so much dedication, emotions, time, money, so much heart, and to share it with the world, knowing that surely at least one person will hate it, is freaking scary. You don’t really know if it’ll be “good enough” or if perhaps people truly believe your writing is shit. I’m super happy, though, that I took that leap because everything I’ve heard has only motivated me to keep on writing, keep on creating and to never, ever stop.

Any hobbies? or Name a quirky thing you like to do. I love playing the piano and composing, in fact, I’m working on my first album and another one of my dreams is to compose music for movies and TV series. I also adore traveling and hope to do more of it in the future. I love to sing, too, and songwriting is something that just comes naturally to me. I don’t really practice any sports, but I would like to learn either a martial art this year or maybe how to play another instrument like the drums or the cello. Something quirky? Oh, I don’t know, but I’ll ask around.

If there is one thing you want readers to remember about you, what would it be? Wow, you’ve really got me there. Well, I would like the idea of being remembered not only for being a good writer and for creating stories that touch people’s lives, but also for being kind. I’m not rich or anything, just live off a teacher’s salary, which I hope to complement one day with my royalties, but I always try to give. I would love to one day have enough money to either help or start a foundation that can help with Chile’s rural schools. Not just provide better schools for them, but also books and whatever they may need to study and reach their potential. Books are expensive here because of a tax so not many people can afford to read as much as, for example, the US where books are very affordable, and some people here even turn to piracy, which is not something I support at all, but can understand when a family doesn’t have enough money to pay for a $10.000 CLP book (about $8.50 USD). I don’t think there’s anything I can do about that tax, but maybe I could help others to have access to books, installing little libraries here and there. I think giving and caring are primordial.

“The Battle of the Erathiel: Across the Enchanted Sea” 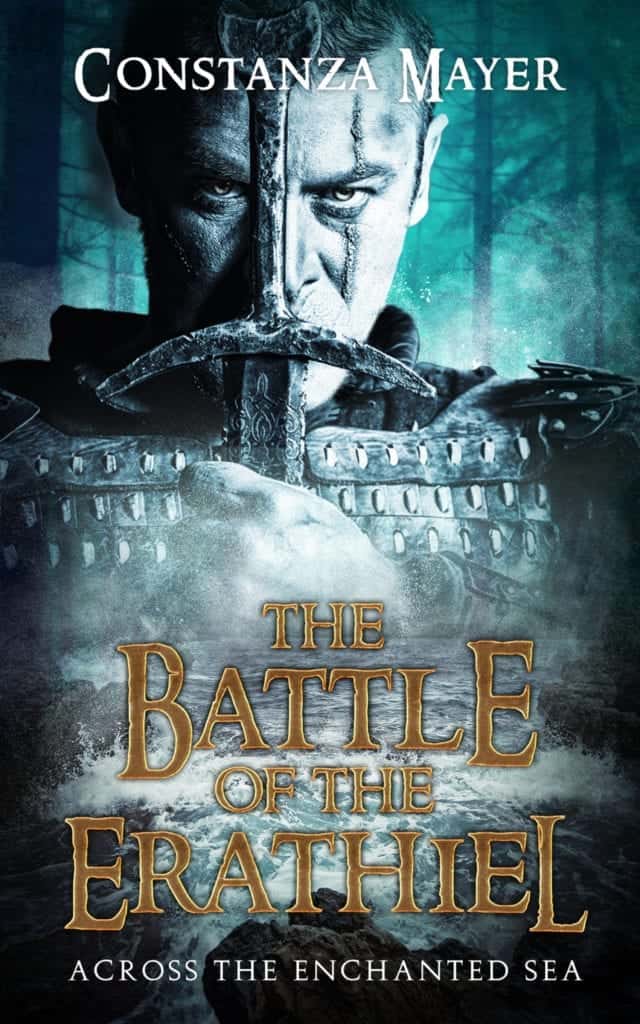 The ancient elven race of the Erathiel embark on a journey across the Enchanted Sea to find a new home. With them travel the only remaining dwarves and humans from their land. They are struck by a terrible storm that leads them to a land they are not keen to call their own. Soon they will find that there is more to this new land than they had ever expected. Friends and foes, hope and loss will be their constant companions in this adventure where wizards and shape-shifting adversaries will cross their path.