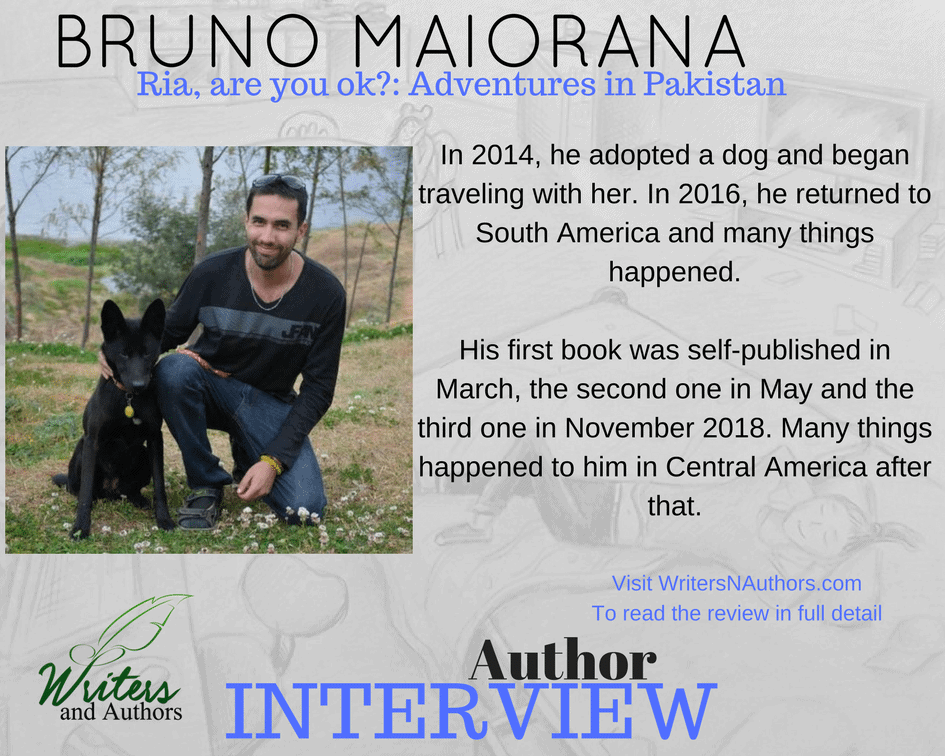 Ria, are you ok?: Adventures in Pakistan

Tell us a bit about the book, what is it about?

The book follows the adventures of 108 unique characters from different backgrounds in 63 real-life locations as they interact with each other and explore the world, each in their own peculiar way.

From Vancouver to Lahore, from Melbourne to Osaka. All these places you mention in the book; are places you have traveled or lived yourself in the past?

Most of them are, some I haven’t been to yet but I just thought it’d be nice to write about them. 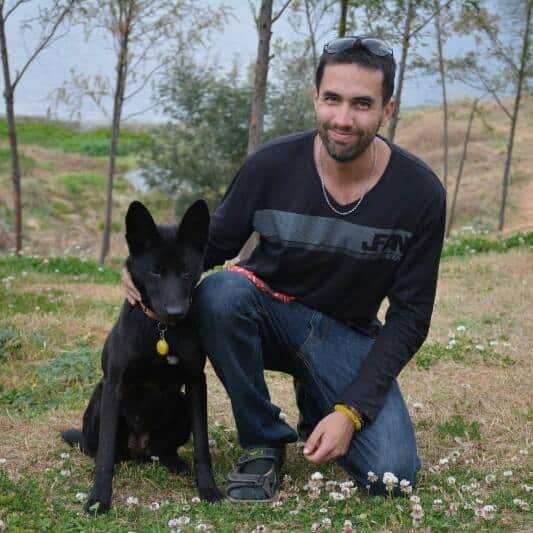 And one of the 108 characters is yourself, is that right?

That’s right. But in a sense, they are all loosely based on my life and experiences. Every time we write, we leave a part of us in our work. I just happened to have left 108 parts of me in this book.

Of all these characters you’ve created, what’s your favorite one?

I really like Kim Manon. There’s definitely something special about her. As if she had written herself through me.

Tell us a bit about Gwen.

Sure, Gwen is loosely based on Anna from Frozen, but I guess every anime has a character like her. In the beginning, she was supposed to be just a comic relief for Ria and help our younger readers get into the story. As the character developed, she ended up becoming an essential part of the story, holding an enormous potential for character development in the future.

Why did you write this book?

After being bored to death and disappointed by most books I read, I decided to take matters into my own hands and write a book that I would like to read myself. That’s funny and interesting. That takes me to different countries. Because of my “multicultural” background I can’ say that I myself belong to this or that country, so I wanted a book that people from all over the world could relate to. But mostly I wrote it to read it myself. If others enjoy it that’s fantastic, if they don’t that’s fantastic too because it wasn’t meant for them in the first place.

I heard you traveled a lot before writing this book. Could you tell us the story of your life in a few sentences?

That’s right, I used to travel a lot, I used to be into politics as well. Then it got boring and I turned to psychology, philosophy, and spirituality in a search for the meaning of life. Nothing of that worked so I turned to writing.

And did you find the meaning of life through writing?

No, but I found that life is meaningless and somehow learned to live with that without worrying too much about it and trying to do what I like. At this time, it just happened that what I like is writing.

Ria, are you ok?: Adventures in Pakistan (My Last Vacation Book 1)

Ria is a treasure hunter trying to find her way in the world while looking after her alcoholic friend.

Bruno is a teacher who decided to take his dog on an adventure.

Peter is a freelance writer whose trip to India takes an unexpected turn.

Bong Gu is a Chinese dog, sharing his perspective on the events he encounters on an open-ended journey alongside his master.

Gwen is an alcoholic artist whose personality disorder is unwittingly unleashed on those around her.

This is their story.

Bruno was born and grew up in Rosario, Argentina. After high school, he went to Europe and many things happened there. Then he got his teaching degree and certificates and spent nine years on and off between Asia and Australia, mostly teaching English, but also many other things happened.

In 2014, he adopted a dog and began traveling with her. In 2016, he returned to South America and many things happened.

His first book was self-published in March, the second one in May and the third one in November 2018. Many things happened to him in Central America after that.

Currently, he lives in Vancouver, BC while trying not to get crushed by whatever economic system is in place at the time or by the enormous existential weight of being alive. And juggling with all that it means to exist, and aware to know that there is only one life and is very short.

Aware that we are just a tiny speck of stardust, floating in space for a few spins around the local star, which is also insignificant compared to the other stars that are floating around in space among a myriad of galaxies. And knowing that whoever we are, whatever we say, do, or write is actually pretty meaningless when we put it all into perspective.

Maybe everything we are and everything that exists is nothing but the creation of a brain in a vat, or maybe the universe is a hologram or a computer simulation. Maybe it’s all a dream-like illusion of some sort. Maybe you guys are all aliens, or clones, robots or a product of his imagination.

And for some amazing reason, all of the above makes perfect sense, and he can come to terms with it all every time he goes to the park and sees Bong Gu running happily back to him, holding the ball in her mouth so that she can fetch it again.