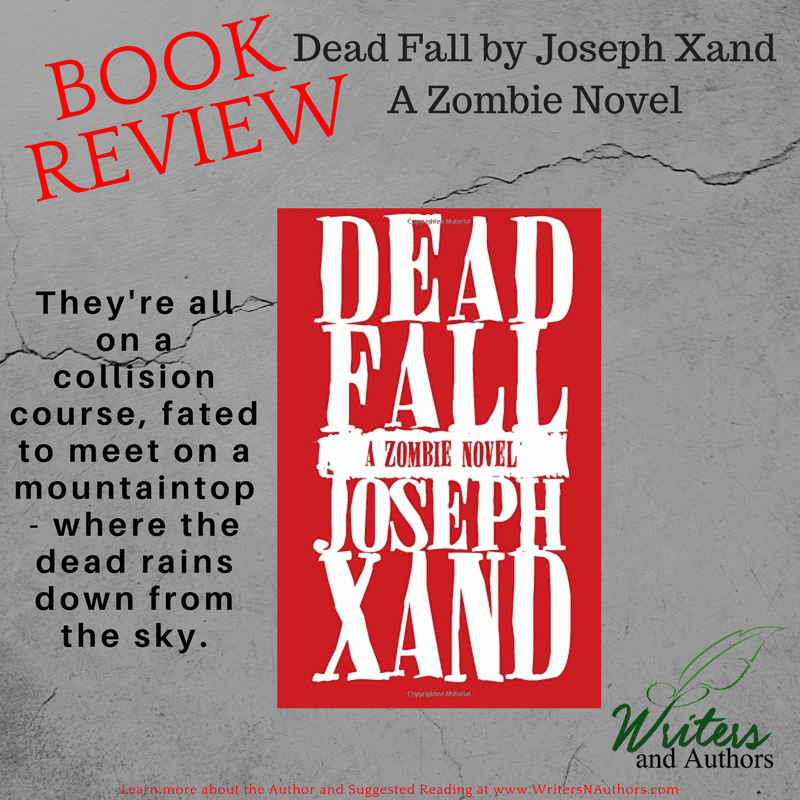 Dead Fall starts off with excitement there is no waiting for a few chapters to get into the story, within the first few paragraphs we hear an awakening crash, I know your thinking car crash, no not in this book we have the dead falling from the sky. The moon is full and something is happening outside.  So Thad grab his stab stick (aka umbrella) the number of daily corpses was growing and the numbers of the dead were gathering.

From the diary of Lizzy Glasgow is one of my favorite chapters, it gives an account of what has happened from coming out of hiding from the basement through the journey talking about experiences, encounters with the living and the dead.  You feel the emotion as Lizzy reflects and how much can change from day to day, hunger and no place to stay to feeling safe and having shelter then right back.

The story is intriguing and you become eager to learn more about each character. The characters are all well written and read well, you end up loving some and really hating others.

I would recommend Dead Fall a Zombie Novel to anyone that enjoys Zombie shows and Movies, its a fast pace read.

A guilt-ridden microbiologist, haunted by thoughts of the world he might have saved. A brother and sister with nothing but each other search for direction in a dead world. An ostracized teen, spiraling into madness, seeks revenge against those who abused and bullied him. A ruthless convict crosses the country, leading a band of mutinous soldiers. A woman held captive plots her escape against impossible odds. They’re all on a collision course, fated to meet on a mountaintop – where the dead rains down from the sky.