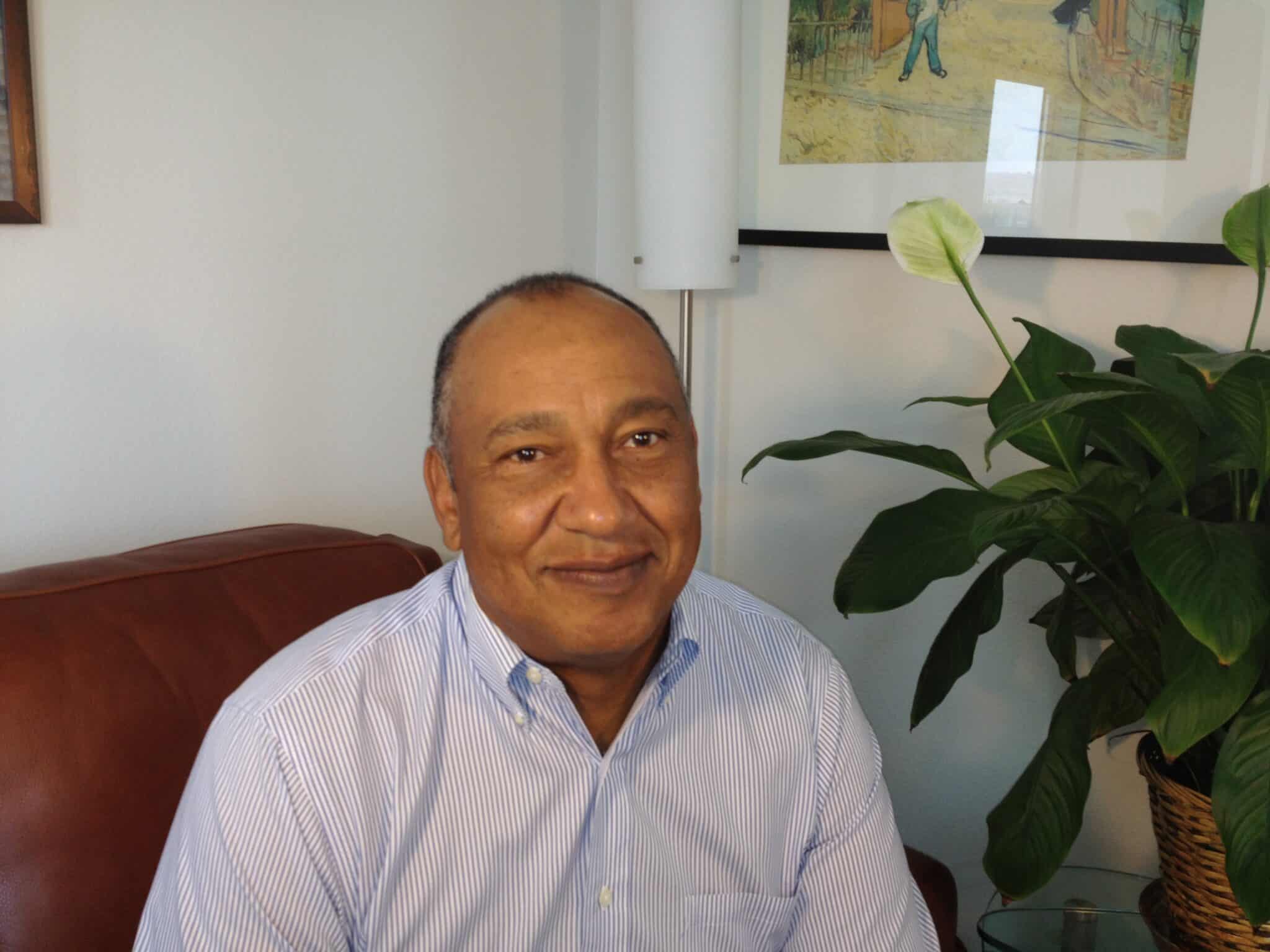 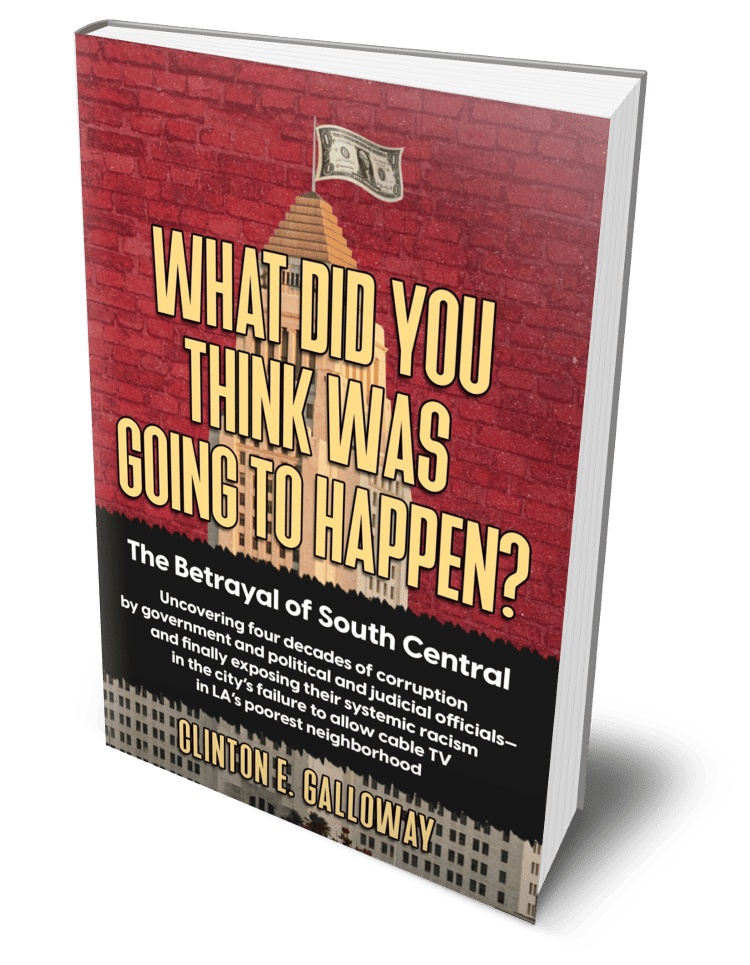 Tell us something about yourself

He was born in Birmingham, Alabama, but moved shortly thereafter with his family to New York City. He attended Northern Arizona University with the assistance of a baseball scholarship. In the late 1970s, after getting his CPA license, he relocated from a large international accounting firm in San Francisco to a major international investment banking firm in Beverly Hills.

His first book is titled Anatomy of a Hustle: Cable Comes to South Central Los Angeles (2012). This is his second book.

How did you get into your current line work?

I graduated from Northern Arizona University with a degree in accounting. Immediately upon leaving school I went to work for a major international accounting firm that had recruited me from college. I worked in the San Francisco office and obtained my CPA license during the time I worked for this firm.  During my time with the firm I learned more about the operations of major businesses and financial institutions than I ever imagined I could learn. When I left this firm I went to work the Beverly Hills office of a major international investment firm. My specialty at this firm was a handling of tax-advantaged investments that related to high income individuals and the ability to defer or delay taxation of income they were receiving. I’ve always worked in the financial services industry and enjoy my work because it relates directly to individuals that you work with.

More about your journey

Because accounting is fundamental to the operation of all businesses and industries within the United States I found myself engaged in many different industries that required the experience that I had. Both accounting and investment experience would become necessary as I did my work in industries such as entertainment, nursing homes and nonprofit organizations. By being able to provide a high level of service I believe I was able to enhance the operations of all the businesses that I work for and with. That is the goal of most professionals. It is our job to enhance the abilities of those who have abilities in other areas and help them understand the financial and tax requirements that go with operating businesses and engaging in earning and spending money.

My primary role models all of my life have been my parents. They provided me with love and realistic expectations of what goes on in the real world as opposed to what we would like to see in the real world. My parents were raised in Birmingham Alabama during the time when black persons were often without basic and fundamental rights. They managed to get as much education as was available to them and to bring their family to New York as soon as they had an opportunity to get away from the south. This transition allowed them to raise 6 children, 4 of whom earned doctorate degrees. This is quite an accomplishment for the working class family that was able to achieve their goals through hard work and good citizenship. Hard work is important to accomplish any goal that you seek in life. There will always be competition for whatever it is you want to do.  The hard work will help to separate you from a substantial part of the crowd in any industry. Along the path you’re going to find additional role models that occur in your life. For me they came in the form of coaches and relationships developed through professional and religious affiliations.

I am inspired by the responsibility that I have during the daily performance of my duties to both my clients and myself. The ability to provide services that enhance the lives of my clients and those I work with provides inspiration that I need to continue to do what I do. In the investment field my job is to provide capital to those who seek to avail themselves of the opportunities that exist with our society that require the use of money. Oftentimes the job I have to do involves the dreams of others because the capital allows them to fulfill those dreams where just the idea by itself cannot be achieved without the influx of capital. The ability to provide capital to those who offer good opportunities is inspirational because it affects so many people – the owners, tenants, employees, the investors are all part of a system that provides jobs and economic stimulus within any community.

This book chronicles the effects of long term systemic and institutional racism.  Using South-Central Los Angeles as an example, the book chronicles the forty-year process of attempting to provide technology and the effect of the lack of ability to access technology. The extensively documented case shows that the denial of civil rights and technology would lead to the inevitable results that have occurred.  This book deals with the cause and effect of the refusal by the City of Los Angeles to comply with the U.S. Supreme Court ruling against the City.  The ruling identified the City’s attempts to limit technology in the poorest areas of the City as a civil rights violation.  The complicity of major Black politicians is also explored.  The behavior was not limited to Los Angeles but was used in every major city with a large Black population.

In the 1980’s and 1990’s, before the growth of the internet, cable television was the newest technology available throughout the United States and the world.  It would dramatically change America’s use of the television and related industries.  The denial would serve to provide long-term negative consequences within the community including education, poor health, crime and gangs that have run rampant over the last four decades within South-Central Los Angeles.

CONNECT WITH THE AUTHOR

What Do You Wish You Knew

I can’t really say there’s anything I wish I knew at any point in time. Knowledge comes with experience and experience is part of the game. The willingness of politicians to break the law in broad daylight was not really a great surprise. After meeting people in City Hall on 2 early occasions it became quite clear the corruption was a function of LA City Hall.

What Helped You Be Successful

Most important factor I found in achieving success in my profession and as I see people in other professions is the basic concept of hard work. It was taught to me at a very young age that if it was easy anybody could do it. If you want to have special things you need to work a little bit harder than the average person. Since I come from a family that has always engaged in hard work, I did not see anything unusual about it or find any job demeaning in any way shape or form. Conversely hard work gave me a sense of pride to know that I could work hard to accomplish and achieve whatever goals I establish for myself.

What Keeps You Going in Times of Tough

I was never under any delusion that you could accomplish things and be successful in any field without having some tough and difficult times in reaching your goals. As I previously said if it was easy anybody could do it. You don’t want to recognize yourself for doing what anybody could do. If you seek to have success you must expect there will be hard times. Just as there are good times there must be hard times in order for the equation to balance.

Message to the Readers

I did not write this book with the intention of it being a financial success. Conversely I expect to lose money for having written this book. That’s okay because I expected that when I started and therefore there is no disappointment. My goal in writing this book is to fulfill the responsibilities I believe I have, as a citizen, to bring a message to the American public and Black America specifically. It is the responsibility of all citizens to question a government which exceeds its authority. With rights go responsibilities. This is the case that I have been faced with the last 40 years. Legal remedies have been exhausted and any expectation of participation by the great civil rights organizations and supposedly liberal bastions for the of protection society are not expected.

It is my job to make sure the people know the meaning that was passed down by the United States Supreme Court in 1986 that allowed for the protection of the civil rights of all the citizens in this country. The willingness of a single federal judge to block the will of the United States Supreme Court is a dangerous precedent to have to bring up to the public. An examination of the events that happened in this case will clearly show that this is what happened in Los Angeles during the 1980s and 1990s. The unwillingness to recognize the rulings of the United States Supreme Court would establish Los Angeles as little more than a tyrannical local government.  I’ve had the United States Congress go so far as to pass laws that directly restricted the rights we were pursuing in federal court to protect our rights. I consider it an honor that it required an act of Congress to protect a corrupt local government from what it was due.