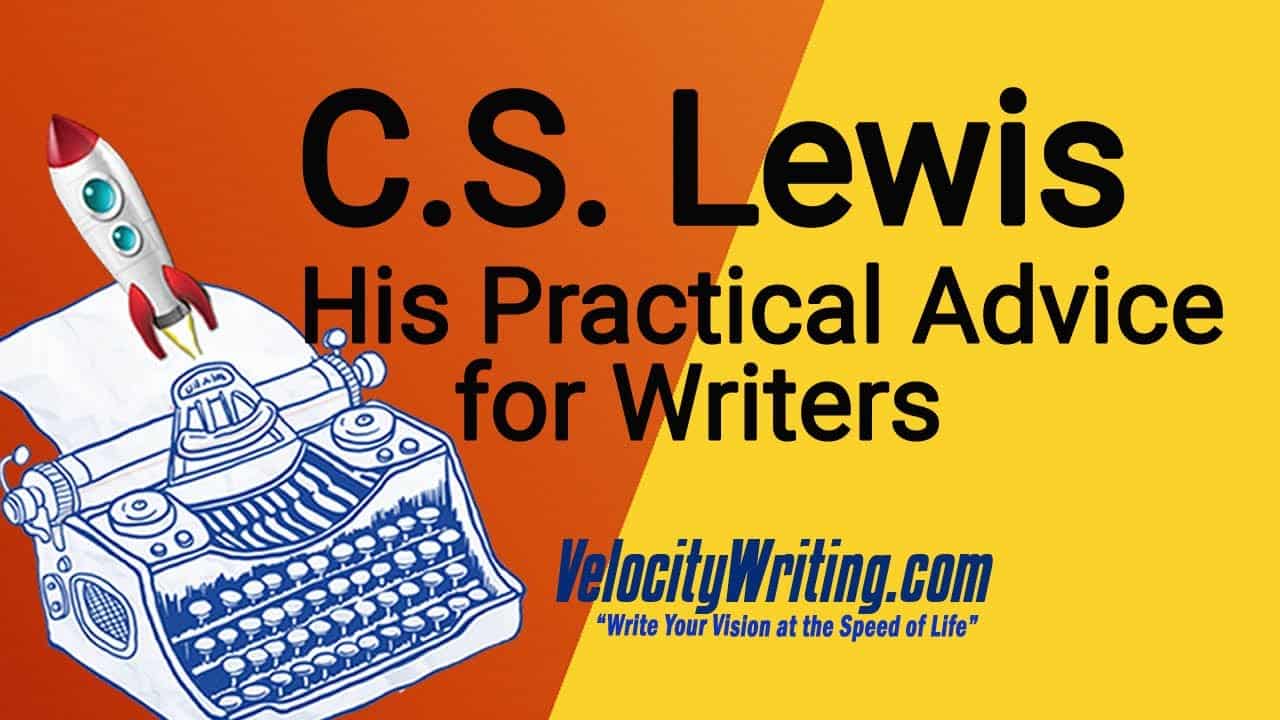 , hello: this is Dale Hughes from velocitywriting.com, where you learn to write with speed, passion, purpose and profitability. Cs Lewis continues to sell tens of thousands of books each year, even though he died of natural causes in England.

Back on the same day that John F Kennedy was shot in, Dallas Lewis may be best known for his chronicle of Narnia series, but he also wrote some best-selling books about faith and also some academic books about medieval literature.

Quite a combination, let’s. Look at his advice to writers: hey if you’re new here, please subscribe to this channel. If you learn something helpful hit the like button and please leave a comment or question: your input is important.

Most people are familiar with his seven book. Children’s series called The Chronicles of Narnia. They made movies of some of those books, but he also wrote a science fiction trilogy and numerous faith-based books.

His most popular in that genre include near Christianity, the problem of pain and miracles. He also wrote scholarly books about Medieval and Renaissance literature why books on literature well for 30 years.

He was a professor of literature at Oxford University and he only left there because he was awarded the chair of Medieval and Renaissance literature at Cambridge University. England’s, other premier university, one of his best friend’s, was j.r.r Tolkien. They used to regularly hang out and drink and talk at an Oxford pub called the eagle and the child, along with other members of an informal writing group called the ink. So what kind of practical advice did he offer? Writers here are eight ideas.

He shared with a young, aspiring writer who wrote him a letter. I’ve added. My own comments to his eight statements. Cs Lewis said turn off the radio. Of course, he would say turn off the TV, music or Internet today.

The point is some people think that distractions even background music are not bad. Lewis disagreed he put a premium on concentration, read good books, Lewis advised well. This is a great principle. If you’re interested in writing good books, then you need to read good books feed your mind with quality material, and you’ll, be more likely to be able to mimic that in your own work.

Write with your ear, not your eye make every sentence sound good. Well, this is Louis’s, most important rule. In my view, there is a cadence to good writing and it’s, important that you discover it for yourself.

Lewis said write only about things that interest you. If you have no interest, you won’t ever be a writer. I certainly agree with that. There is one thing that is common to all successful writers. They are insatiably.

Curious Lewis said be clear. Remember that readers can’t know your mind. Don’t forget to tell them exactly what they need to know to understand you, and also remember it’s hard to be clear in first drafts, that’s.

Why rewriting is so important that’s, where we get clarity, Lewis advised aspiring writers to save odds and ends of writing attempts, because you may be able to use them later? I was glad when I discovered Lewis was an advocate of this good writers.

Are always recycling the work I’ve, always done that Lewis said you need a well-trained sense of rhythm and the noise of a typewriter will interfere. Well, not many people use a typewriter anymore, but the principle applies to computer keyboards Lewis wrote with a pen and paper.

Let me say this whole idea of word rhythm is why I think voice writing is so important. I have a full online course on dictating your book, and the link with this count is in the YouTube description. Finally, Lewis said know the meaning of every word you use, I say, make a hobby of learning new words and using them in your writing.

Don’t overpower your readers with fancy words, but have word knowledge, so you can use the best word to increase clarity. Writing is a craft. You start as a novice before you become an apprentice. Only after that, can you develop into a master like CS Lewis.

Thank you for watching this video. I hope it helps you on your writing journey, no matter what kind of writing you’re, doing or bonus goodies check out the description for this video on YouTube. Get great information by subscribing to my channel.

Also click on the bell to get notifications. I’ll, see you soon.