About the Author: Dylan Fairchild

Dylan Fairchild is the pen name of a Virginia-based author. He usually writes much more serious books in a different genre.

“My Name is Nelson” is the author’s first thriller. It’s a genre-busting blend of comedy, action, romance, politics, and science fiction. “The Indie View” awarded it “five-plus” stars and said, “In terms of sheer storytelling mastery, it’s one of the best books we’ve seen in a while.”

The author is happy to respond to any questions and witty comments about his awesome author photo.

Erik auditioned for the role and there was never a doubt.  Initially, I envisioned a gal narrating this book, but with Erik’s remarkable versatility, including Southern accents, Russian accents, New Yawk accents, Latin American accents, Arabic accents, an Abraham Lincoln accent…good grief.  I really got lucky finding this narrator,

Surprisingly little.  Erik is a consummate professional and voice actor.  I made a few written suggestions in the manuscript and tried to assist with the occasional odd military jargon, but for the most part you’re hearing Erik’s vision of the characters.  In my opinion he is remarkably gifted at picking up every nuance and inflection.

I think as authors we like to believe everything is pure fiction, but I think readers know that’s nonsense.  There’s probably a little bit of Nelson, Addington, MacIntyre, Tiffany, Sway, and Julie inside my brain. (It gets pretty busy in there!)

I think almost the entire book is electrifying in the audiobook format.  There are so many distinctive characters and accents, and Erik handled them all with ease.  One of countless examples would be the Russian Foreign Minister berating the president. Erik really brings Nelson to life, (the star of the show), and the back-and-forth banter with the President and his National Security Advisor is magnificent.

I like Paul Rudd and I can see him as President MacIntyre.  He usually plays more youthful roles, but I think a forty-eight-year-old, nice-guy, flummoxed President could be right up his alley.  (He may have to pack on a few pounds to convincingly stress eat those mincemeat pies, however).

Chet Addington is a critical character.  You know what? I’m casting the audiobook narrator, Erik Johnson.  He just absolutely nails it. He may have to get a haircut, though.  Of course, I’d love a Chris Hemsworth cameo in Chapter 13, when Addington’s discussing him.  He can play a White House staffer and lurk in the background with a necktie and spectacles.

Tiffany Golden will require a talented actress, and not just a good-looking blonde with noteworthy assets.  Kaley Cuoco would probably be the obvious choice for a hard-drinking blonde beauty trying to deal with a bizarre nerd,  but I’m certain she’d feel a little typecast. I think Aly Michalka would ultimately get the call.

Who would play the infamous Nelson?  I’m a big Ed Norton fan and I think he’d be magnificent.  Some aging, outlandish spectacles and a gray wig…voila!

And of course, Julie Cavanaugh.  I’d say the lovely and talented Ginnifer Goodwin.

Not yet, but if they do, I hope it’s Tiffany and not Nelson.

There’s several pop-culture references in the book.  Astute readers will notice a strong Pittsburgh affiliation for President MacIntyre (and all the jagoffs he’s forced to deal with).

There are approximately five million books for sale in the Kindle Store.  Literally.  If you think the world needs another one, you’d better be extremely passionate about it. 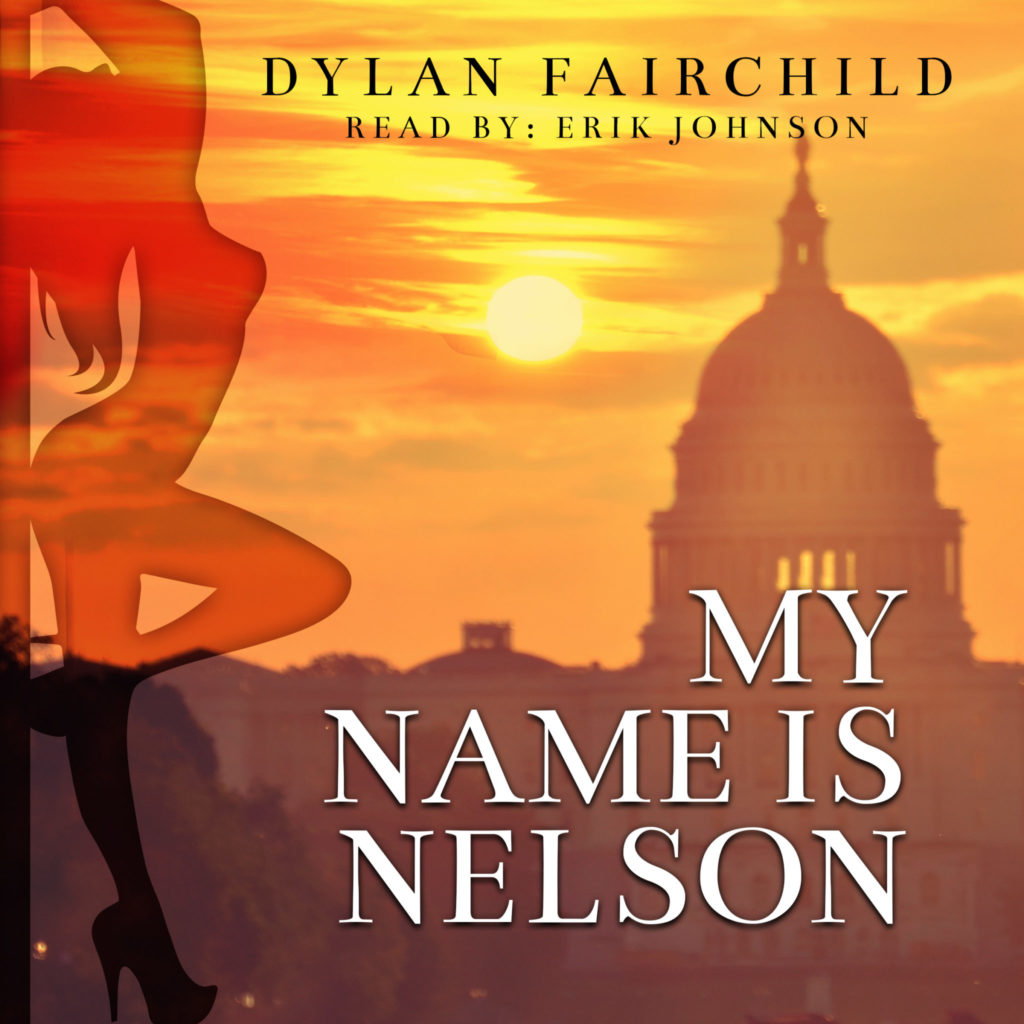 Synopsis: From The Indie View: “A brilliant and unique novel…in terms of sheer storytelling mastery, it’s one of the best books we’ve seen in awhile. We give My Name Is Nelson five-plus stars and look forward to an equally well-written sequel…it’s a tremendously entertaining storyline with rich characterization and cinematic action scenes. It’s safe to say the author’s crafted a potential bestseller – and, possibly, a hit movie.” (Don Sloan)

President Andrew MacIntyre was having a pretty good first year in the Oval Office. Suddenly, during what should have been a peaceful Christmas season, he’s facing one of the worst national security crises in American history. And, it’s being masterminded out of a sleazy New Mexico strip joint? What the hell?

Is this a political thriller? Is it science fiction? A zany comedy? Perhaps it’s a love story. Whatever it is, it’s a riveting listen with a little sex appeal and a lot of laughter. It’s little wonder White House National Security Advisor Chet Addington* said this was, “Pretty much the best novel ever.”**

* Absolutely, positively, not a real person
** He’s been known to be wrong about stuff