An Interview with Margaret Pearce the author of Mission Perilous 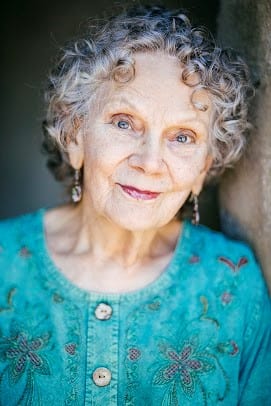 Where are you from?

I was born in Northcote, a small suburb just outside Melbourne. So I grew up mostly around Melbourne. My mother’s great grandfather hit Adelaide in 1850 and ended up at Ballarat when gold was discovered in 1853. As his large family all had large families my mother seemed to be related to most of the Ballarat population. My father’s grandfather arrived in Melbourne in the 1830’s. So I guess I am a local.

In my childhood I lived in the country – twenty minutes’ car drive from the city of Melbourne.  Then it was an open limitless world of farms, paddocks, creeks and dams and the start of a few housing developments. That district is now almost an inner suburb with not a creek, dam or paddock in sight and I don’t think it is an improvement.

I learned to swim in the Yarra river in an area a lot closer to Melbourne. When young I spent my weekends bush walking through the Dandenongs and acquired an enduring love for it.

I now live in the Dandenongs in an underground flat designed to be bushfire proof.

When and why did you begin writing?

I think it might be during my ten page illegibly scribbled letters to my uncles serving abroad during the second world war. Not very readable but the uncles said it gave them something to puzzle over when they were bored.

When did you first consider yourself a writer?

I ended up as a copywriter in an advertising department, and then took to writing instead of drink when raising children. Think it was my first check as a writer that really cemented my belief.

What inspired you to write Mission Perilous?

Mission Perilous is based on a Dungeons and Dragons tour I was thrown into while passing and getting yelled at for not cutting off the requisite amount of heads as a Barbarian.

What are your current projects?

I am halfway through a sequel to Mission Perilous. HERE BE DRAGONS. Sort of feel I should go back to D. & D. to get it to feel more realistic.

Name one entity that you feel supported you outside of family members?

An aunt who was my father’s sister. She thought my writing was perfectly normal as my grandmother adapted and wrote stage plays for her company.

If you had to do it all over again, would you change anything in your latest book?

Um. Think I did all the changes in Mission Perilous as I rewrote, rewrote and redrafted the life out of it trying to improve my erratic writing.

Do you recall how your interest in writing originated?

As a sickly child who went through seven schools without spending much time at any of them, I became an omnivorous reader. Very few kid’s books around in those days so I devoured Dickens and Dumas.

Can you share a little of your current work with us?

Opening chapter of HERE BE DRAGONS

Rofe the Younger kept his face firmly set in an expression of courteous interest as his sister the Lady Bronwyn nagged.

“What about the Lady Vivienne?  Her lands adjoin your new castle and she will bring a good dowry. Baron William would be pleased with the match. Her mother bore six sons, so she would also be a good breeder.”

Rofe looked across at the Lady Vivienne. She sat between two of her brothers, dressed in her furs and silks. Her face was red with glee as she teased the unfortunate groom. She had the same square jaw and heavy features as her six brothers and Baron William their father and if not the heavy muscles, at least the same build as them under her rich silks.

“She also has a good dowry and will bring fifty men at arms to her marriage. You are now thirty-three years in age.” Lady Bronwyn had an excuse for her matchmaking. The wedding celebrations of her son Sir Gervaise with the Lady Matilde were being celebrated and thoughts of marriage and her unmarried brother were firmly on her mind. “You should be marrying and raising sons of your own.”

“I already have a son,” Rofe reminded his sister.

Rofe’s son Jamie was a memento of Rofe’s boyish infatuation with a fisherfolk. Lady Bronwyn had raised the boy after his mother’s death in childbirth and was fond of him, but he was only a bastard after all.

The noise level in the hall rose as the bride was escorted upstairs and attention concentrated on the blushing groom. The jester was doing somersaults and the Harper raising his song to be heard over the merriment.

Among the dogs fighting over the scraps under the table was a very large pup with fur darkened from pink to a russet red and unusually thick back legs as though an extra pair of legs had suddenly grown together with the back legs. No one ever commented on the oddity of the pet Gervaise had bought back from the crusades as it was indeed a friendly and likable pup and looked like being a very good watchdog.

Matilde’s family had speedily encouraged what Rofe had privately thought was a young boy’s first infatuation into marriage. His sister was thrilled that her son had made such a good match and had encouraged the early wedding.

Of course it had helped that they had arrived home from the Crusades with enough gold and other riches to repair his castle, acquire more land and build another castle to protect the coastline as his liege lord Sir Oswald of the Three Crowns had required. This had made his nephew very popular with the neighbouring lords and barons with marriageable daughters.

Rofe sighed. If only his older sister would shut up. If only she would remarry, do anything but continue trying to run his life. He had explained nicely enough that he was moving permanently to his other castle after the wedding. She then explained she had decided to move with him.

Is there anything you find particularly challenging in your writing?

I overwrite with great enthusiasm. Trying to tighten stuff to the readable stage is like cold bloodedly chopping off my kids’ spare arms and legs.

Who is your favorite author and what is it that really strikes you about their work?

I would say Terry Prachett is my favorite author because I love fantasy reduced to the ordinary tea and toast stage rather than abstract science, which is what I believe he does very well.

Do you have to travel much concerning your book(s)?

I used to go on school visits with my primary books and I dread them to this day. I swear they would have the same three brats who disrupted from the back of the class, transferred magically ahead of me to the next school.

What was the hardest part of writing your book?

I believe the hardest part for me was sitting down to the blank screen each morning and trying to produce another chapter.

Did you learn anything from writing your book and what was it?

If I had to put it in a nutshell, I learned there is no easy way to get from the beginning to the end.

Do you have any advice for other writers?

Do you have anything specific that you want to say to your readers?

I earnestly hope that you enjoy my writing – otherwise don’t bother.