We wanted to learn more about R.D. Maddux, author of Boy on the Beach, so we asked him a few questions for an Author Interview…

I understand you took creative writing in High School and then went on to study it in college. How did you like it?

Some of my fondest memories are of my High School creative writing class. I loved my teachers and they were so encouraging. Then, when I got to college, I found even more encouragement there. But looking back at some of my attempts, I wonder what my professors saw in me. My talent was still in the “raw” and as gritty as possible. I was burning with a passion to tell the world my stories but lacked the competence to do so with the ability I have now. Some of my fellow students had a natural talent. Back then, I had so much to learn about what it means to be a writer. I’ll still do for that matter, but I can say with assurance that I’m so much more aware of what it takes to write and to be successful at it. All I knew back then, in those college years, is that I had stories inside of me screaming for a way out. Boy On The Beach hasn’t exactly been screaming, it’s been more like brewing in me for several years now. I’m really excited that it’s finally found its way to the page. I’ve been so encouraged by the preliminary reviews I’ve gotten so far and I’m hoping you’ll be glad it found its way out too.

What genre do you write and why?

I’ve written my latest novel, Boy On The Beach, in mystery/intrigue genre with some romantic parts included. I’ve also written a novel in the Sci-fi/Fantasy genre as well titled Gem Of The Wanderer. It had a lot of twist and turns in it as well, but you wouldn’t call it a mystery. I guess I like stories that have a lot of intrigue but with a real but not overbearing message to them. That’s why I like to write in fiction, even though I’ve written a few non-fiction books. With fiction you can explore issues in a way that subtly brings your message home. A lot of movies do this. They don’t just entertain, they also leave you with the director’s idea in an indirect way.

How long have you been writing?

I started writing in high school. I loved my creative writing classes and went on to study it in college as well. But as far as seriously pursuing my craft it wasn’t until I was in my early 30’s. That’s when I finished my first novel, Gem Of The Wanderer. Back then we didn’t have word processors on our computers, so I wrote the first draft by hand. Later I typed it out with my wife’s assistance. It’s so much easier and quicker to write on my lap top today.

Do you write every day?

I don’t write every day. I usually go in streaks. If I have a certain idea that’s stirring in me then I let it bubble to the surface and then take it on. Once I’m in the middle of a project I usually write once or twice a week and but that can be broken up if I have other commitments. One of the nicest writing experiences I had was writing on a cruise. My wife would be off on a shore excursion and I’d just hunker down in one of the less busy lounges that was quiet and just write for half the day.

Part of your novel is set in Big Sur. Have you ever been there?

While I was working my novel my wife and I spent a few days in Big Sur, California. One of the settings for my novel is along its beautiful coast. I’d spent a summer there years ago and it was fascinating to come back to that idyllic place again. In my opinion it’s one of the most stunning locations on the planet. Even though it’s accessible through Highway One, it’s also quite isolated in a way. Last year a major rock slide shut down the highway for some time so there was only access from one end. As a result, you had one of California’s major tourist attractions isolated in some ways from your casual traveler. To me it’s still such a “primitive” area and not that far removed from an era when sightseers could only visit it after an arduous journey. When we were there recently, we spent a couple of days in the modest for nice lodgings that dot the coastal cliffs. It’s a true natural treasure that I hope everyone gets to visit at least once in their lifetime.

Where do you get inspiration for your stories?

Most of my inspiration for my stories comes from either people or events that have taken place in my own life or in the lives of those I’ve known. But it also comes from issues I see in our culture or conflicts I see arising in our world. The great thing about being a writer is that you can speak to those issues in a way that people don’t expect and maybe put them in a different light. This allows people to see both sides of a subject and perhaps be better informed in their opinions. 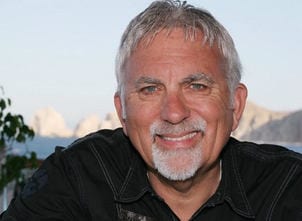 R.D. Maddux has story telling in his blood. Since he was young he’s always loved a good tale. He’s been writing seriously since he was in high school and college. His novels range from Mystery and Intrigue to Sci-fi/fantasy. With Boy On The Beach he’s set the story in modern America, to be exact, on the West Coast of California. He’s a native of the golden state and has been a resident of San Diego since 1987. Before that he grew up in northern California and lived in the Sacramento Valley and Bay Area with sojourns in some of the beautiful parts of our state.

Living in California for over 60 years he couldn’t help but watch the way things have changed in our culture and the impact this coast makes on the rest of America and the world. So even though Boy On The Beach is fiction, like most serious novels, it is not without a context and comment on issues we all face in our changing world. It takes place in real locations that are very familiar to him and its characters, which are fictional, no doubt have their counterparts in the real world. Boy On The Beach is a story of intrigue, suspense, revenge, love and redemption with flashbacks to the era when sex, drugs and rock and roll set our culture on it’s inevitable journey to our present day. This idea has been rattling around in his heart and mind for a decade and it’s finally coming to the page.

Andrew Foster, a real estate developer in San Diego, is a man suddenly haunted by his past. Memories, like specters from his former life of sex, drugs and rock and roll have come crashing into his current world of business in this sunny coastal city. The ominous, repeated appearance of a black SUV at the beach where he meets his sister each week, has triggered fears that it’s payback time for a bad choice he made years ago.
​
To add to his frustrations, his hopes of a big breakthrough in the San Diego real estate market haven’t come to pass. He’s starting to wonder if his visions of success will ever come true when an investor offers to finance his dream project. Soon things start to fall into place for Andrew in business, life, and even love. He starts dating the beautiful and business-savvy Nicole but even with her at his side he can’t seem to shake the ghosts of his past. As the relationship with Nicole deepens, Andrew opens up to her about the many loves and adventures that have taken him from the crazy days of living in Big Sur and Joshua Tree to business success in San Diego. Her wise insights help him face the character flaws that have caused him to fail in his past relationships.

Rounding out his social life is his once-a-week task of assisting his sister with her nanny job watching a young boy named Chandler. They build sand castles on the beach and enjoy the beauty of nature together. But the now ominous weekly appearance of a strange car at the beach has awakened Andrew’s fears. Is the boy in danger? Or worse, has an enemy from Andrew’s past come seeking revenge and now Chandler’s caught in the middle?

A strange twist of events threatens to destroy Andrew’s dreams, but as he searches for answers, a sudden revelation offers hope of a future he never imagined.
​