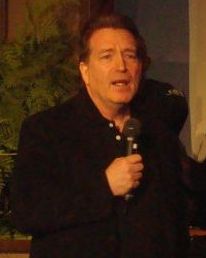 Q:When did you first realize you wanted to be a writer?:
A:I was fascinated by my deceased father’s books at the age of 3 (anatomy etc) tried to write a 007 novel when I was around 11 years old, but my only worldly experience was working on farms at the time. 007 didn’t look good in bibbed overralls. 🙂

Q:How long does it take you to write a book?:
A:Approximately 2 months for the main draft when I am focused.

Q:What is your work schedule like when you’re writing?:
A:I am a retired statewide prosecutor so I have been able to devote my days to writing. Again when i am focused, I write 5 to 20 pages a day ofen from 10 am through to 3 am… Its like meditation for me and I lose track of time.

Q:What would you say is your interesting writing quirk?:
A:I would like to be able to say that I use an elaborate ritual like sacrificing wax figurines of my characters by fire to the writing gods, but that would be a lie. I pretty much sit down at the computer and pound out words with two of my fingers on the keyboard.

Q:How do books get published?:
A:I have a publisher out of the west coast, Ring Of Fire Books.

Q:What do you like to do when you’re not writing?:
A:My favorite thing to do is flying, nothing like being able to race down a runway throttle to the wall, pull back on the yoke, leave the ground behind and head for the open sky. I also do two weekly radio programs, one where I interview authors and other interesting folks (archived on www.hangingwithhiggins.com) and the second — I am a regular guest on a national radio program where I discuss politics and Practical Solutions for America with the host Barb Adams on www.radioamerikanow.com

Q:Where do you get your information or ideas for your books?:
A:I was looking for The Book about the creation of the angels and their war to take over Heaven as it fascinated me that the Almighty’s first creatures were not like Humans (who couldn’t follow directions) but these Beings of Light and closest to the Almighty actually rebelled and tried to remove Him from the Heavens. Outside of Milton’s Paradise Lost (which is basically unreadable ) I decided to research and write my own.

Q:What does your family think of your writing?:
A:Most of my close family members have passed over the last ten years. My brother though is proud of my works as are my cousins. I never had children.

Q:What was one of the most surprising things you learned in creating your books?: That the characters really do take on a life of their own, actually the ending of the first trilogy was not what I intended. My main character refused to go along with it.

Q:How many books have you written? Which is your favorite?:
A:So far four finished books, Book 4 of my Archangel Series is with the publisher, where the story moves onto the Underworld and Hell. The Seven Pits of Hell can be such interesting places much easier to describe than the Seven Heavens. At the moment that is my favorite book as it is the freshest. I also have another 4 works in progress that are unrelated.

Q:Do you have any suggestions to help me become a better writer?
A:If so, what are they?: Like anything , the more you do something, the better you get at it. Its all about perserverence in my view. Novel writing is new to me but I have been writing all my life in other various forms, advocacy and governmental reports, laws, legal briefs and the like. So any writing you do will always help you get better.

Q:Do you hear from your readers much? What kinds of things do they say?:
A:I am blessed and have heard from a good number of readers and they have been most complimentary. I am always appreciative of feedback, I know its a strange subject to have turned into novels and a love story. The names of the angels and their seven species take a bit to get used to, but I wanted to be accurate wherever I could be with the ancient traditions.

Q:Do you like to create books for adults?:
A:Yes, writing has become addictive. Other things still get in the way, but I am happiest when I am writing and creating. I have also been working on a project – a cartoon series to help youngsters learn to read called the Kangaroo Crew. So I have a bit of a range where I can be creative.

Q:What do you think makes a good story?:
A:A good story creates another world that takes the reader out of their normal life and presents them with the opportunity to experience the joys, threats, drama, love and thrills that the characters go through, hopefully helping make the reader think, grow and even transform their view of the world through the experience.

Q:As a child, what did you want to do when you grew up?:
A:007 actually! A person who helped change the world for the better and hopefully with courage and grace. But I always thought I would eventually be a writer too, so I had a vision for dealing with the real world while also being able to create a fantasy world as well.

About your book: THE ARCHANGEL JARAHMAEL AND THE WAR TO CONQUER HEAVEN TRILOGY: Book 1- In The Beginning; Book 2–In Rebellion; Book 3 In Exile

An epic love story between the first Human female Lillith and the fourth-born Archangel, Jarahmael, set against the story of the Almighty’s creation of the Universe, the Seven Heavens, the Garden of Eden and the Earth. The series places these characters within the story of the Creation and the birth of the Beings of Light, continues through the First Born of Heaven, the Archangel Luciferael’s eventual rebellion to conquer the Heavens for his fellow Angels, and follows them through the aftermath of the war. It is the story of the creative and destructive power of love, and the ensuing tension between them. 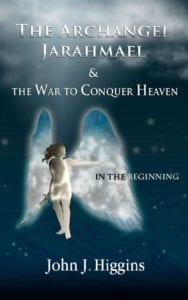 The first book of the trilogy, “In the Beginning,” describes the initial creation and the establishment of the Seven Heavens and Nine Orders of Angels, but it also tells of the first Humans, Lillith and Adam. Although they are quite literally a match made in Heaven, free will wreaks havoc with destiny when Lillith falls in love with the Archangel Jarahmael. Can love, as the very essence of the Almighty’s Universe, survive free will? Or will love, when exposed to an untethered will, rip the Universe apart, pitting Good against Evil in a battle for all? 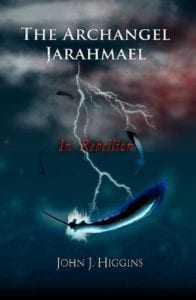 IN REBELLION, the second installment of the Archangel Jarahmael and the War to Conquer Heaven Trilogy, chronicles the efforts of the Heaven’s elite to dethrone the Almighty Himself. Angels are forced to choose sides, legions of Rebel Angels who worship Luciferael against the legions of Loyal Angels who continue to worship the Almighty, two major forces divided into fighting for ultimate control of the Seven Heavens and the Universe. Can the Almighty and His Love for His Creations survive these trials? Who will win the prototypical war? Who will rule the Heavens? In the meantime, the Archangel Jarahmael and the first Human woman, Lillith, are swept up into the cataclysmic Heavenly War. Can they survive these monumental dangers? Will their love for one another endure? 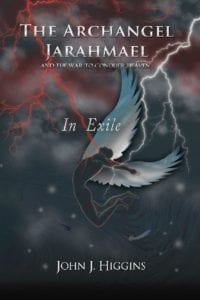 IN EXILE, the third book of “The Archangel Jarahmael and the War to Conquer Heaven” Trilogy, chronicles what happens in the Universe when the mightiest Angels live outside the Seven Heavens and without the presence of the Almighty. Can pure love survive the growing manifestation of Evil when jealousy, revenge, deception and selfish control descend upon the Universe? How do Adam and Eve and their offspring fare in the new hostile environment of Earth, now that they have been sentenced to death? Will they ever gain the Almighty’s forgiveness and find redemption? What happens to the love between the Archangel Jarahmael and his Human mate Lillith after the War for the Heavens? Can the Archangel Jarahmael protect the Humans and Lillith, and from the designs of Luciferael and his Auxilium? Will Jarahmael keep the Almighty’s secrets safe from the fallen Angels? Will it call for his ultimate sacrifice?