Build the Characters in The Fear of Being Eaten 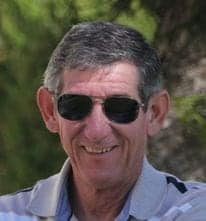 There was no research needed for The fear of Being Eaten – A Biography of the Heart. It is biographical and autobiographical, written mostly from memory and cast as an imaginary construction, a simple episodic novel.

The story opens with the Tommy Middleton character serving in a combat unit, on the ground, in a Southeast Asian jungle, fighting in a war that became so unpopular back home as to cause serious divisions among the American citizenry; a war that, in the end, no one wanted. Increasingly, in the course of time, few people saw the point in such vast amounts of killing and destruction. The troops were left holding the bag as we were the easiest to reach.

All wars create serious wounds to one’s mental and emotional stability. But to fight to the death in a war conducted by a leadership who lie as a matter of course as to the first cause of the war; then later, lie continually regarding its progress, or lack thereof, can create, in the those who actually carry out the objectives on the ground, a deep sense of betrayal which only serves to exacerbate and worsen the emotional wounds. This sense of betrayal, by one’s own government, cannot be overstated as to the state of mind among those who actually pulled the triggers, wielded the knives, you name it.

The violence portrayed in this story was not meant to splatter blood all over the place for cheap thrills. It is simply an important aspect of the reality of the subject matter.

What if you married a man who didn’t care about you? What if there was a child in the neighborhood for whom you developed a special fondness but was nine when you were nineteen and twenty when you were thirty with two children and a husband who still didn’t care? And what if you were a boy whose only happy memories were a few soft words uttered now and again by a beautiful neighbor ten years your senior and whose voice and face and figure, back-lighted by the golden light of the setting sun, were all that would sustain you when your life was threatened every minute of every day in the mire of a squalid war nobody wanted?

This is the story of Jacqueline and Tommy, their lives stubbornly paralleling with no convergence in sight until one cold night she sees him starving to death on a crowded street filled with happy tourists.

What would you do if you saw him there almost unrecognizable, just another mass of neglected, invisible wreckage? Turn the pages of The Fear of Being Eaten: A Biography of the Heart and find out what happened to Jacqueline Rhondda and Tommy Middleton.