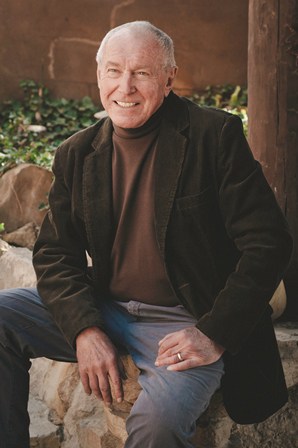 Question:         What inspired you to write Father Divine’s Bikes?

Well first of all, I’m a born iconoclast, a great starting point for a journalist. Included among my thirty-five years of searching for stories was my six years as an Urban Affairs investigative reporter for the Associated Press. I covered urban unrest extensively. In 1967, Newark was devastated by one of the deadliest race riots during that turbulent decade. Twenty -six persons were killed and entire neighborhoods reduced to ashes, including the one where I grew up. When I returned to Newark and walked up Springfield Avenue, I was sickened by what I saw. Everything was gone. How did this happen? My story takes the reader down the streets of post-World War II Newark when there was time to set things right, but the city blew it.

Question:         What sets your book apart from other books about urban, crime, racism, poverty and corruption?

My research shows no other novel explores in-depth the plight of a city on a downward spiral immediately after WWII, a time when our nation was basking in the afterglow of victory while ignoring the cataclysmic changes that were occurring. Among my characters is a three-generation immigrant family who bought into the American dream only to discover that hope can indeed be a charlatan in a world of poverty, crime and corruption.

Question:         What do you want readers to take away from the novel?

My novel is a metaphorical work. In 1945, the poor and marginalized are entrapped by circumstances beyond their understanding and control. Their fear of the unknown inevitably turns to hatred. Deeply entrenched white enclaves in factory-belt cities throughout the country were being squeezed by the mass migration of blacks, and escape routes for poor ethnic whites were rapidly closing.

I recognized from the outset the danger of turning my book into a populist screed. Rather than tell the readers what was happening, I wanted to have my characters show them. I did not want to dumb-down the narrative with easy comparisons, just lay the story out and let the reader make the connection based on his/her experiences.

Question:         You describe your book as a work of character, time and place. What is the importance of plot?

After almost four decades as a journalist, I consider myself a minimalist as a fiction writer. As an Urban Affairs specialist for the AP, every word was precious if you wanted to get your story on the A-Wire and on the overseas cable. Except when absolutely necessary, you threw out the adverbs and adjectives. I rely on surface description in order to create a work of character, time and place with the plot as the adhesive. W. Somerset Maugham said it best when he described a novel’s plot as merely the skeleton, and it was up to the author to supply the muscles, sinews and vital organs. I want the reader to think for himself, and take up sides without having been provided directions. The ideal story should be loaded with controversy.

Father Divine’s Bikes is the first in a trilogy, that when completed, will take the reader on a journey through Newark during the three immediate post-war years. I am well into the sequel and hope to have it ready for publication in early 2019.